A month ago, death wasn't on 66-year-old Jacques Comeau's mind.

But now, he doesn't know where else to turn. On Wednesday, he's meeting with a doctor to be assessed for medical assistance in dying (MAID).

Comeau, a retired art therapist from Montreal, is quadriplegic and uses a wheelchair.

Like everyone, he's been through ups and downs. But through homecare services, he says, he's lived a rich and happy life.

"It allowed me to go back to school, get degrees, to work. Everything I've done, travelling, it's because I'm able to not have to worry about that," he told CTV News.

Things changed over the summer, however, when his local health service centre (CLSC) underwent some changes.

As a result, aspects of Comeau's care routine are different and he said it has affected his quality of life.

"I'm stressed beyond belief, I'm not sleeping well, I'm not eating regularly," he said. "The amount of pain I'm dealing with, psychologically, is the kind I've never dealt with. I became disabled as a young person and got through that. And this is 10 times worse."

Comeau says his efforts to negotiate a solution with the CLSC have been fruitless. Depressed and desperate, there's only one path forward he can think of.

"I wake up in the morning, and my first thought is, 'how am I going to make sure I'm not going to kill myself today.'"

CTV spoke with Comeau in his Lachine home on Thursday, where his own paintings and photographs decorate the walls.

It's here where, three times a week, orderlies appear to help him relieve his bowels.

For years, the service was performed by the same 10 to 15 people, who have become familiar with Comeau's body and its specific needs. They've also become trusted companions -- it's an intimate service, after all, and the walls come down.

But according to Comeau, the CLSC Dorval-Lachine changed the system, sending him new orderlies he doesn't know.

He says the procedure is being performed incorrectly, causing him discomfort and pain.

"The second person that came, she overdid it, and I had an involuntary bowel movement. So I had stool come out in my pants in the middle of the day, and I was in pain and cramping all day long," he recounted. 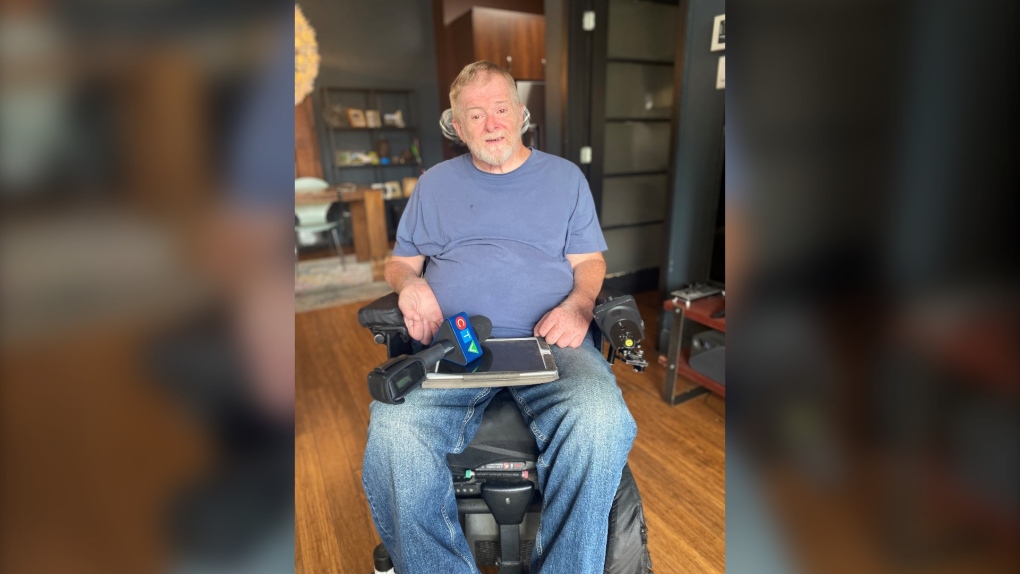 Jacques Comeau, 66, has applied for medical assistance in dying (MAID) due to what he calls inadequate home care services. (CTV Montreal/Lillian Roy)

He thought the solution would be simple: have the usual orderlies come in and train the new ones according to his particular needs.

But the CLSC allegedly refused, stating training could only be performed by a nurse.

"I was totally taken aback," he said. "When they talked about these changes coming, I knew there would be an issue with people who had never come here before, because although they're all trained in this technique, it's different with each person."

However, a CIUSSS spokesperson noted that patient care can sometimes be affected by staffing issues.

"Whenever possible, we try to offer stable staff to our clients so that they are cared for by the same health care professional," wrote spokesperson Hélène Bergeron-Gamache in an email. "However, the labour shortage context we are facing does not always allow for this."

She said all orderlies have "received the required training."

"Please note that, by law, [home service workers] must be trained by a nurse."

Running errands, working, visiting friends -- it's all those moments, big and small, that come together and form a life.

But these moments have been interrupted for Comeau because he can't take care of a basic need.

"Think about a period where you had diarrhea, or you had a stomach bug. Every day, you're getting up and you're like, 'Am I going to make it to the bathroom on time? Do I bother going to work today, do I get in my car? Do I go to the grocery store?' And that's my life every day now."

He says his dignity and autonomy have been stripped away.

"Is my life going to be sitting in front of a TV, wearing a diaper, sitting in stool all day long? Is that what my life is going to be?" he continued. "I can't live that way."

It's a relentless source of anxiety.

"The biggest problem is, I get up in the morning, I don't know who's coming, how it's going to go. So I'm constantly on edge wondering what's happening."

A FAILURE OF THE SYSTEM?

"Everywhere in Quebec, we see this," said Nkoth, an organizer with MEMO Quebec, a group representing people with motor disabilities where Comeau worked before retiring.

"It's deplorable to see that in Canada, in Quebec, in 2022, that we find ourselves in these situations, for a country so rich as ours," she added. 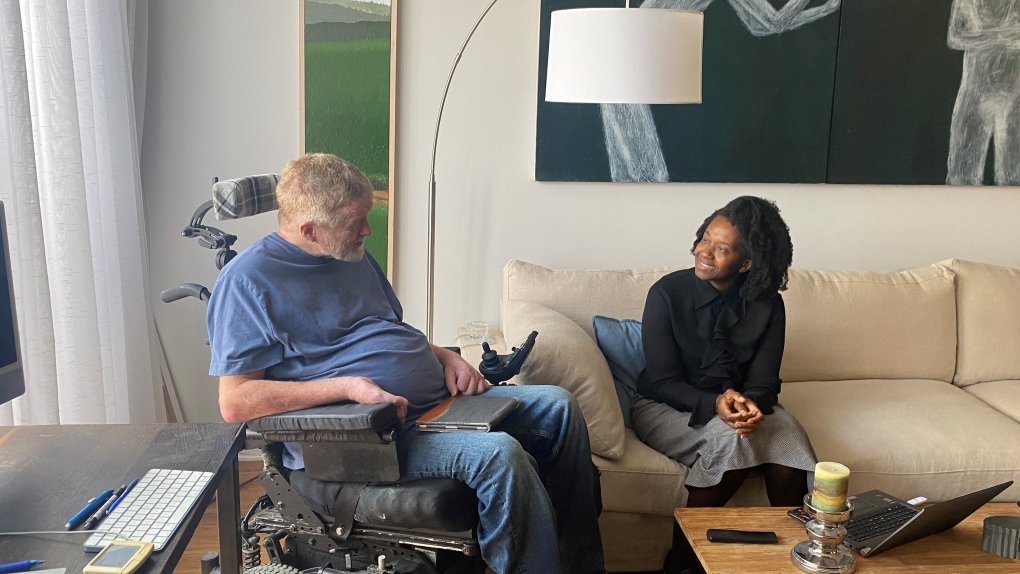 Nkoth said instances like this are preventable, and that death should not be the only option.

"It's a shame that people come to think they have to take medical aid to die because that care is not there."

Dr. Paul Saba, a family physician and board of physicians president at Lachine Hospital, agrees.

He fears failures in the system, which can be fixed with the right policy and funding, are driving people to end their lives prematurely.

"We're basically getting rid of people that we consider as 'undesirables' and society is going along with it. We must say 'stop.'"

But for Comeau, it feels like the only option unless something changes, fast.

"I can accept the idea of death by saying 'I've had a good life,'" he said.

"I’ve done everything, I’ve paid my taxes, I’ve contributed to society, but here I am."

Memphis authorities released more than an hour of footage Friday of the violent beating of Tyre Nichols in which officers held the Black motorist down and struck him repeatedly as he screamed for his mother.

An outside group may have accessed the online personal information of some Running Room customers in Canada over the last several months, the retailer says.