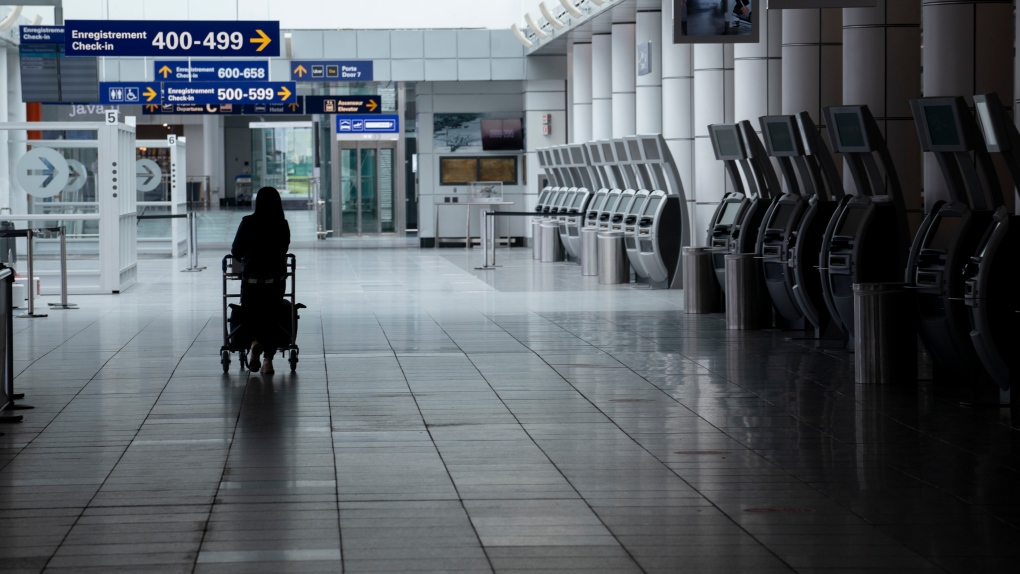 MONTREAL -- Having to spend 14 days in quarantine when you feel perfectly healthy isn’t easy, but not only is it seen right now as a necessary precaution after travelling outside Canada during COVID - it’s mandatory.

The law around quarantines and isolation is evolving though, and future travellers should be aware that some new rules came into effect on Nov. 21. Passengers must organize and pre-register their quarantine plans.

There's also an opportunity to learn from the mistakes of others. Passengers who didn't take the public health order seriously in the past ended up paying - sometimes a hefty price - for their choices.

Over eight months beginning in late March, hundreds of people flouted COVID-19 isolation and quarantine laws across the country, according to the latest figures from the Public Health Agency of Canada (PHAC).

Westmount resident Cary Lawrence doesn’t plan to join their ranks. She’s helping her elderly mother get settled in Jupiter, Florida for the winter, and said she’s prepared to isolate for two weeks in a self-contained apartment in the basement of her home when she gets back to Montreal.

“Absolutely. I don’t want to give this to my family,” or to others, should she catch the virus on her trip, Lawrence told CTV.

That certainly makes a moral argument for following the rules - the other argument, meant to be a deterrent, is that you could get caught breaking them.

From the time the government’s Mandatory Isolation Order was implemented in late March until late November, the PHAC called and checked up on “approximately 506,000 travellers and has referred 21,518 higher-risk individuals to RCMP, ” according to media relations officer Katherine Marriner.

The hundreds who failed to isolate properly were all slapped with tickets or received verbal and written warnings depending on the seriousness of the offence.

Eight people were arrested and charged with summary conviction offences that fall under the criminal code.

Not everyone who ducks out of quarantine does so maliciously. Lawrence recalled a story that’s stuck with her, about an acquaintance who on day 10 of isolation and feeling fine was so worried about her small business, she went to check on it.

She happened to get an email saying, "If we catch you, you could get a $750,000 fine,” Lawrence says, “so she turned around and went right back home!”

GET CAUGHT, PAY THE PRICE

Between March 25 and Nov. 23, the following penalties were meted out:

But those are just the rule-breakers the public health agency has on record. The true number of scofflaws could be higher.

“While PHAC works closely with local law enforcement and does receive data on most enforcement activities taken under the Quarantine Act, local police forces are not required to send enforcement information to PHAC,” said Marriner.

All the agency can report is that it's aware of a total of 26,651 follow-ups by local police forces across the country.

RCMP in Quebec and Montreal police spokespeople confirmed to CTV they’re assisting the public health agency by monitoring returning travellers but didn’t provide any additional details about how many verifications they've made or penalties they've recommended.

It’s also likely that with all the COVID-19 enforcement police have to do these days, they can’t check on everyone.

That’s a pittance compared to the potential consequences of ignoring instructions provided when travellers enter Canada, or for giving screening or quarantine officers false information:

Harsher still, if someone breaks their mandatory isolation or quarantine and someone else is seriously harmed or dies as a result, they could be fined $1,000,000 and/or the individual could be sent to prison for up to three years.

Police forces in all jurisdictions can decide themselves how to best enforce the rules. Even if they find a violation, PHAC said, "they may choose to use a different instrument for enforcement (e.g., local bylaws or provincial legislation)."

It’s an issue authorities will have to deal with for months to come. Despite the disease's rampant transmission in many parts of the world, globetrotting hasn’t stopped completely - and is sometimes seen as essential.

“I don’t need to go vacationing right now especially at a time when there’s so much at risk,” Lawrence explained, but said she had to get her mother to a warmer climate because of her health.

The 85-year old suffers from Parkinson’s Disease and severe arthritis and if she were to remain in Montreal for the winter, “she would decline quickly," Lawrence said. But the trip is arduous.

“There’s no way she can do it by herself, so I had to come," she said.

Her story seemed to reflect the reality for most people right now. Travelling for pleasure doesn’t seem to hold much allure.

The statistics bear that out - overall the number of flights out of Montreal’s Trudeau Airport is nowhere near pre-pandemic levels.

However, the number of passengers flying to international destinations did increase slightly, by 0.8 per cent from September to October, said the airport’s director of media relations, Anne-Sophie Hamel.

What might promote more airport activity soon are updated federal exemptions allowing some common-law partners or family members who live outside the country to travel to Canada if they meet new criteria.

Also, winter is fast approaching and there are resorts and hotels around the world in sunny locales vying for guests, pandemic or not.

If you plan to leave town for a Canadian destination, it’s best to consult the province’s website for specific rules.

There are no isolation measures for people arriving in Quebec from other provinces.

That’s not the case for people returning home to Canada (unless exempted) or visiting from another country. They’re required to quarantine for 14 days.

What's noteworthy under new rules that came into effect on Nov. 21, is that now quarantine plans must be organized and submitted by air travellers before they board their flight through the ArriveCan app.

Passengers will have to show their ArriveCan receipt to a border services officer when they arrive.

If they don’t upload the information before boarding their flight they could have a problem.

Exceptions will be made for those who don’t have an electronic device for personal reasons or have a disability.

To address privacy concerns, the app doesn't use any technology or data, such as GPS to track traveller movements, according to the federal government.

Within 48 hours of arrival, travellers also have to check-in by calling this toll-free number 1-833-641-0343, to confirm they are settled in at their quarantine or isolation location - and have what they need to stick it out for two weeks.