How to survive elimination: a Hab lesson for the Flyers

MONTREAL -- The Montreal Canadiens did exactly what they needed to do in Game 5, and now get set to head back to the Toronto Maple Leafs' home arena for one more skate at least.

Down 3-1 in the best-of-seven series against the Philadelphia Flyers after two bleak, low-scoring, arid deserts of games, Montreal played fast, hard and tough from the puck drop to avoid elimination.

They also avoided giving us flashbacks of late-'90s trap battles between the New Jersey Devils and Dallas Stars.

Behind fearless and tireless leaders Shea Weber, Carey Price and a bloody-faced gunner Brendan Gallagher, the Habs came from behind to beat the Flyers 5-3. Thursday evening, Habs GM Marc Bergevin confirmed that Gallagher will be out for the series.

What did we learn?

The Habs hit the Flyers more and blocked more of their shots throughout the game in addition to taking sticks to the face and whatever else the Flyers threw at them.

Weber and Ben Chiarot are starting to etch their names into the stone slab of defensive pairings best avoided if you want to have fun as a forward in the NHL.

"If you look at any pairing in the NHL right now, they're probably one of the hardest to play against with their size and how physical they play," said interim coach Kirk Muller.

And it's not just the W-C connection that is sacrificing their bodies for the cause.

Jeff Petry and Brett Kulak have also proven themselves as sentinel-like as those in orange at the other end of the rink, and the defencemen's toughness has trickled down through the roster.

The Habs defence blocked 16 shots Wednesday night to the Flyers eight. Weber himself, laid down to take a puck six times.

The Habs forwards, in addition, helped their boys at the back out with seven blocked shots to just one courtesy of Flyer winger Joel Farabee.

The Habs, as per normal, also hit more.

Philly's d-men dished out eight hits, while the Habs (led by The Dish himself - Jeff Petry - with three) doled out 10.

Habs forwards also had 29 hits to the Flyers 20.

Brendan Gallagher had three shots, three hits, one goal (to make it 3-2) and one bloody face after Game 5.

He took a massive crosscheck to the face from 200-pound Flyer defenceman Matt Niskanen, left the game and a tooth somewhere and didn't do a post-game interview. Bergevin confirmed that he has a broken jaw, will require surgery and is out for the rest of the series.

That is a huge loss. 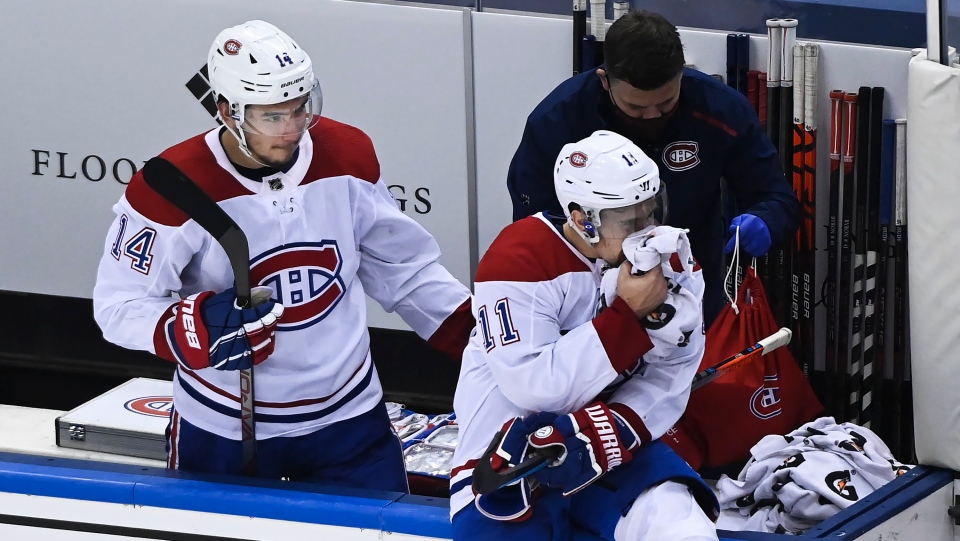 Niskanen will have a hearing on the cross-check and whether he will face some punishment.

The team knows what they'll be missing without no. 11.

"You know how tough he is, so I would never count him out," said Muller. "He's the heartbeat of our team, so I don't think you can ever question whether he'll be in our lineup depending on his situation medically."

"He's got one of the biggest hearts of any guy I've ever played with," said Price after the game. "We know what we get from him. We get 100 per cent compete."

ALL LINES ACCOUNTED FOR

When you jump over the boards, you are expected to play.

It's a simple lesson and one learned particularly by the Habs' fourth line.

The Canadien Armia-ed Forces got the call to contribute Wednesday, and namesake of the line, Joel Armia, answered.

His opener early in the game and put Philly on notice. His game-tying, tight angle snipe in the second was the perfect response to Jakub Voracek's two power play goals in what could have been the start of a trip down a gloomy alley for the Canadiens. 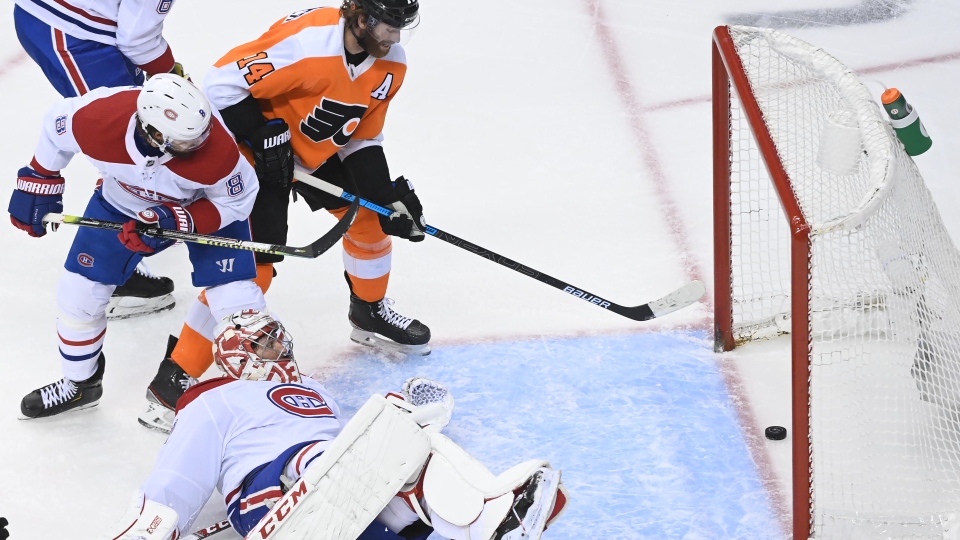 Nick Suzuki's game-winner and Phillip Danault's cool empty-netter to ice the game meant that three of four lines wound up with goals, and eight Canadiens wound up with at least a point.

The Flyers, meanwhile, had just five players, who collected points, and the team is still waiting for Sean Couturier, Claude Giroux, Travis Konecny or James van Riemsdyk to score a goal.

PROTECT THE PUCK, STAY OUT OF THE BOX

Now for the glarlingly obvious portion of the article.

Things are easier when there are five skaters on the ice for your team.

Things work better when you keep the puck instead of giving it to the opponent.

The Flyers scored three power play goals, and took the puck away 11 times. Philly has proven it will punish teams that lose focus.

Two simple things to write on the "things to do and not do during the game" list, and tee times can wait for another day.

Montreal will be wearing red.