Housing prices up 4.9% in Montreal area 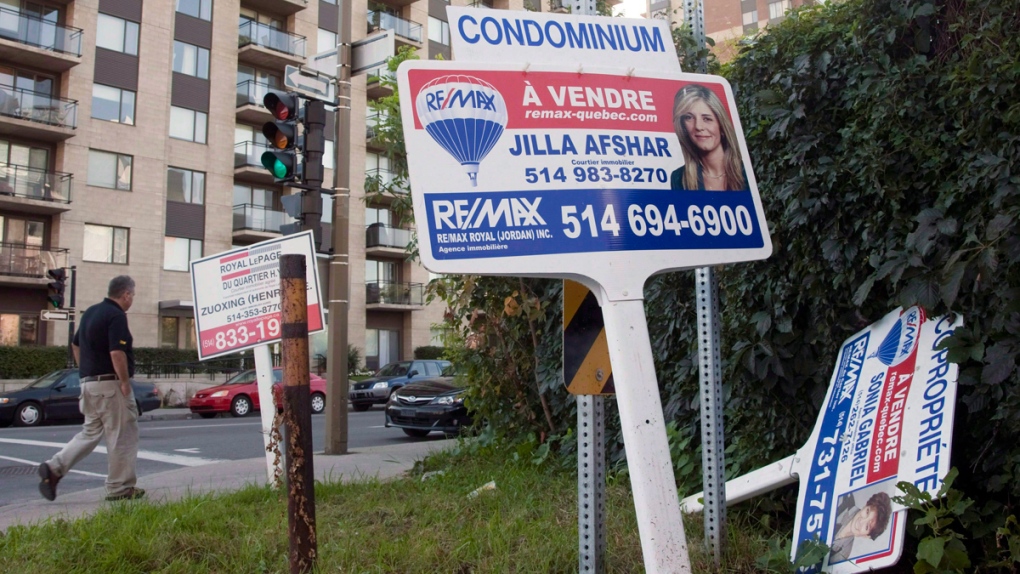 For sale signs in front of a Montreal, Quebec, condominium on September 27, 2011. (THE CANADIAN PRESS / Ryan Remiorz)

Housing prices in the Montreal area are continuing to rise.

According to a Royal LePage House Price Survey released Tuesday, property prices in the region are up by 4.9 per cent year-over-year in the first quarter of 2017, bringing the aggregate price of a home to $367,702.

“Quebec's economy is doing very well and unemployment is at its lowest level since 1976. Montreal plays a big part in this success story. There is a real sense of enthusiasm around the city,” said Royal LePage senior director Dominic St-Pierre in a news release issued Tuesday.

Home sales over its Multiple Listings Service system increased by 1.1 per cent in March to top the previous monthly record set in April 2016.

Sales were up on a month-over-month basis in more than half of the local markets measured, led by Greater Vancouver and the nearby Fraser Valley region in B.C. as well as London, Ont., St. Thomas, Ont. and then Montreal.

Compared with a year ago, sales were up 6.6 per cent as gains in the Greater Toronto Area led the way.

The actual national average price for homes sold in March this year was $548,517, up 8.2 per cent from a year ago.

Excluding Greater Vancouver and Greater Toronto, the average price was $389,726.