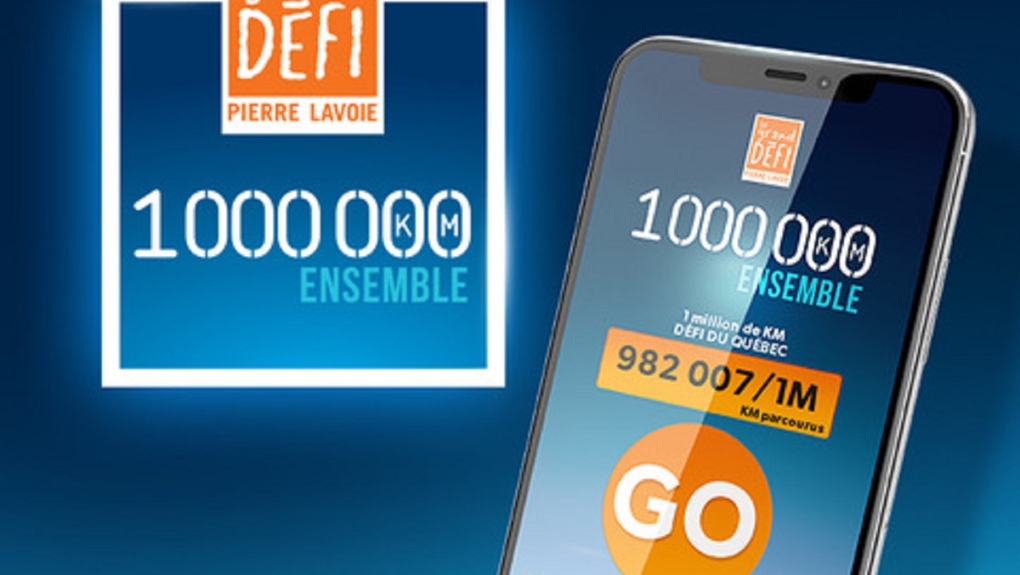 The Pierre Lavoie arrived in Quebec after leaving Saguenay on Friday morning. It will then head to Becancour, Sorel-Tracy and Sainte-Julie before arriving in Montreal on Sunday afternoon.

Quebecers are invited to participate, but the event has been altered this year due to the pandemic using a new mobile app that allows riders to log kilometres travelled at home to reach the ultimate goal of 1 million collective kilometres.

The app can be downloaded for free from the App Store or Google Play.

Until Sunday, Quebecers are invited to participate in the 1 million km Together event, regardless of their place of residence. They can do this by pedalling, running or walking, alone or in a team.

For years, the Grand Défi Pierre Lavoie has been a popular 1,000-kilometre summer cycling marathon between Saguenay and Montreal, which was suspended this year because of the COVID-19 pandemic.

Despite the cancellation, Pierre Lavoie insisted that people “do not put their health in confinement,” highlighting the importance of staying physically active.

This report by The Canadian Press was first published June 20, 2020.