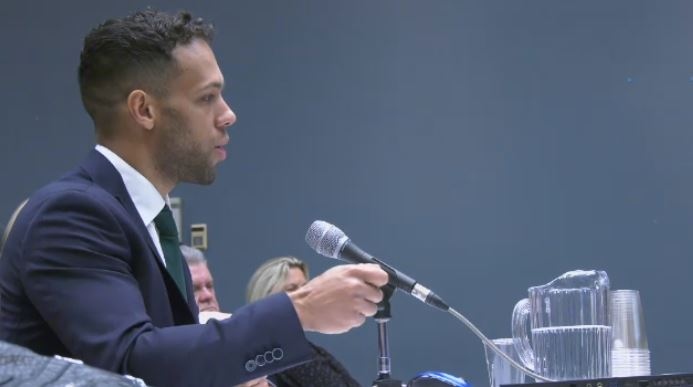 MONTREAL -- The final phase of public consultations into systematic racism and discrimination in Montreal continued Monday night, where an outspoken critic of city hall said there's not enough diversity in municipal office.

The consultation heard from former Projet Montréal candidate Balarama Holness, a McGill law student who has put a spotlight on the lack of diversity at city hall and public service in Quebec.

The former CFL football player ran for mayor of Montreal North under the Projet Montréal banner in the 2017 municipal elections, but did not win a seat.

At the time, Holness was critical of former city administrations doing little to improve life for citizens in Montreal North.

On Monday night, he suggested not much has changed under the Plante administration.

"I brought forth city hall, which is highly underrepresented of visible minorities. While visible minorities make up 30 per cent of the population, (there are) very few at city hall -- under five per cent -- so really, a holistic view of what I think is a more equitable inclusive and prosperous Montreal," he said.

Holness said he is ecstatic that the hearings are taking place and giving people like himself a chance to speak.

He added, though, that he doesn't have a lot of confidence that any recommendations that come out of the hearings will make a difference to this administration.

He said it's up to Montrealers to run for city council in the next election to ensure there's more diversity in those roles.