Hema-Quebec employees go on strike, argue organization does not respect them 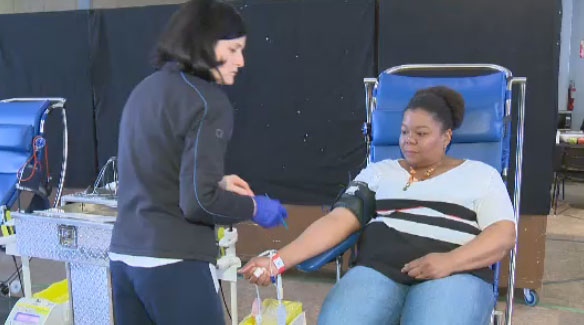 Hema-Quebec is reaching out to black women during Black History Month to encourage them to donate blood.

MONTREAL -- Five unions representing workers at Héma-Québec have announced they plan to strike following a lack of action at the negotiating table.

"We're not asking for the moon, we're asking for a real commitment from the employer in a negotiation that's being dragged out unnecessarily," states Simon Poulin, president of the Syndicat des techniciens(nes) de laboratoire d'Héma-Québec and spokesperson for the Syndicats unis.

"If Héma-Québec put as much effort into its labour relations as it does into its public image, we wouldn't be in this situation," said Poulin. "It is quite distressing to see that an organization that takes advantage of all the forums to promote its mission has little regard for the value and work of the employees who enable it to carry out its mission on a daily basis.

He argues the non-profit organization needs to send the "right message to all of its employees."

The unions argue the last salary increase for employees dates back to April 1, 2018 after 42 months of negotiations.

"On the one hand, we have an organization that never stops praising the work of its employees and their essential role, notably on Nov. 17 when the organization received the Medal of the National Assembly," said Poulin. "On the other hand, we, these same employees, are faced with an employer who disrespects us and who is currently making no effort to improve our working conditions."

Previous strike mandates were held on Nov. 8 and 9.