MONTREAL -- Get ready to break out your cozy clothes as “real” fall weather moves in for the weekend.

Rain will sweep across the province over the course of the weekend, and behind the system, temperatures are expected to drop. 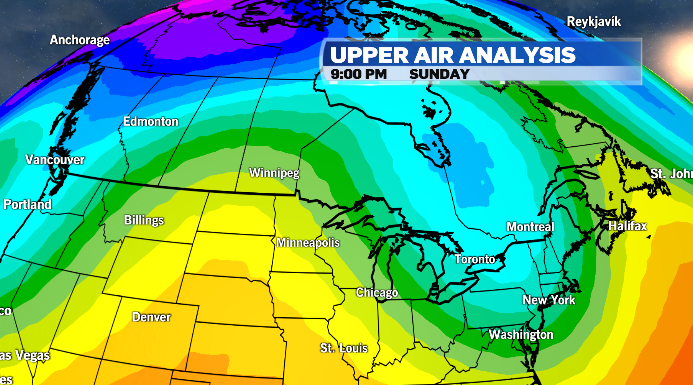 Environment and Climate Change Canada has issued rainfall warnings north of Montreal, from the Laurentians through Quebec City, where 50 to 70 mm is possible. Eastern regions of the province are under a special weather statement. Areas like the Gaspe are expecting to see rainfall amounts between 50 and 80 mm, however totals could reach up to 100 mm in some areas.

The heavy rain could cause localized flooding in low-lying areas and motorists are being warned to watch out for ponding on roads. 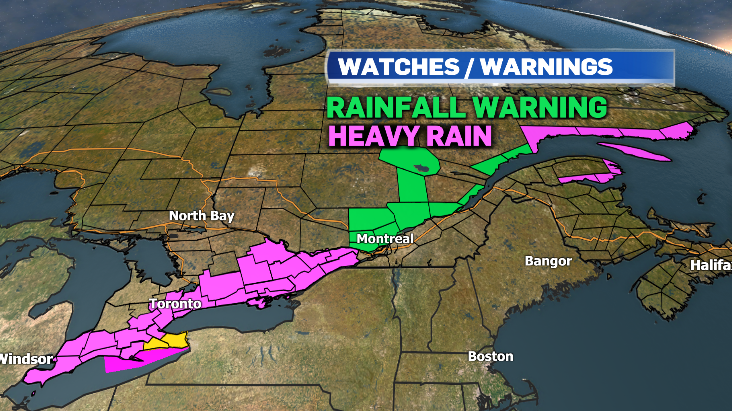 Montreal will see steady rain push in Friday night and continue through Saturday evening. Between 20 and 30 mm of rain is expected in the city. Winds will pick up on Saturday afternoon as the system moves through with gusts of up to 60 km/h. 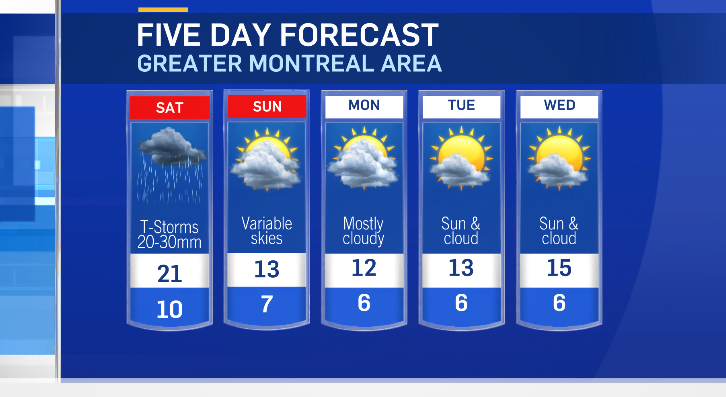 The pattern change comes on the heels of an 11-day stretch of above average temperatures, which saw daytime highs in Montreal between 19 and 24 degrees Celsius. (The average high from October 6th through the 16th is about 14 degrees Celsius.) Beginning Sunday, temperatures will drop back closer to seasonal values.