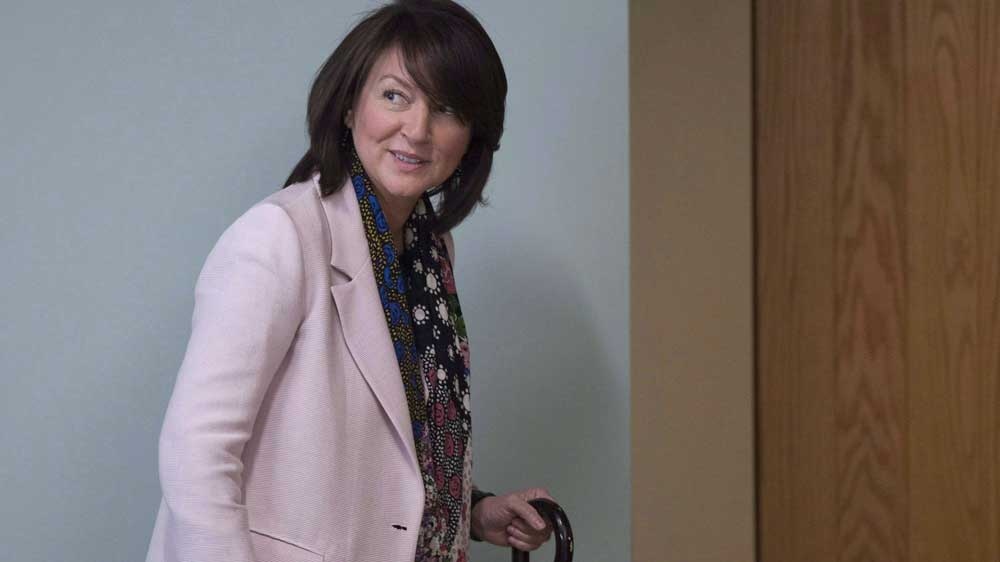 MONTREAL -- Former Quebec deputy premier Nathalie Normandeau and her co-accused are asking a court for a stay of procedures on corruption-related charges.

The former Liberal politician and five others were arrested in March 2016 by the province's anti-corruption unit on charges including fraud, corruption and breach of trust.

Normandeau and her co-accused are arguing the delays in the case are unreasonable, citing a 2016 Supreme Court of Canada decision that set strict timelines on the length of trials.

The hearing that began this morning in Quebec City centred around filing evidence, including about 50 documents by the defence and 20 by the prosecution.

Three days have been set aside for the motion to stay the proceedings.

Five of the original charges against Normandeau and her co-accused were withdrawn, but the Crown is proceeding to trial on three counts, including breach of trust and fraud against the government.

Normandeau was an influential minister who served as a Liberal member of the legislature from 1998 to 2011 and held key cabinet positions including municipal affairs, natural resources and intergovernmental affairs.

Normandeau has always declared her innocence in the case, which involves public contracts allegedly awarded in exchange for political financing.

Quebec court Judge Andre Perreault dismissed a similar motion for a stay in March 2018, saying the case was "complicated," but agreed to look at the matter again.

This report by The Canadian Press was first published July 21, 2020.