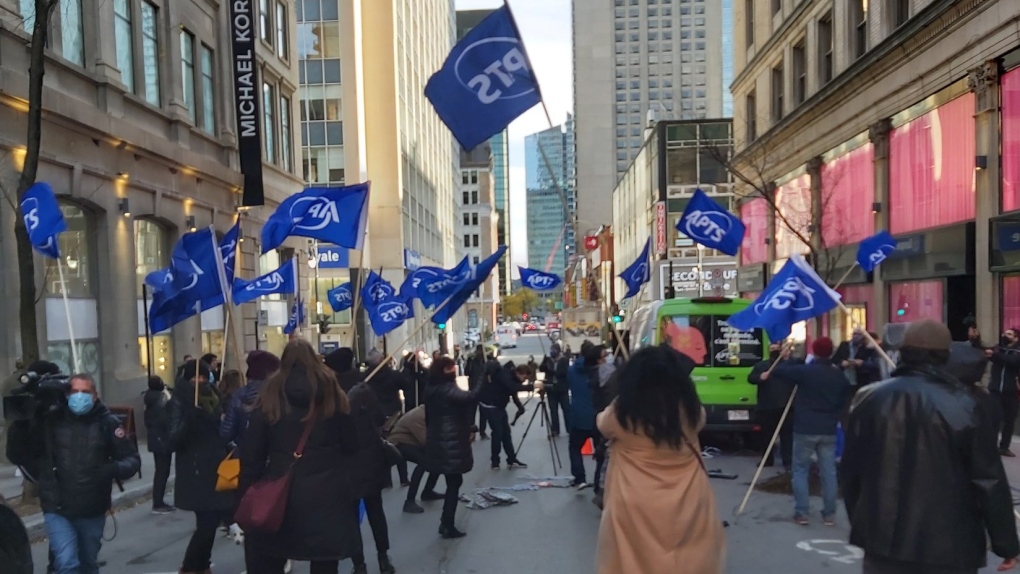 MONTREAL -- The only health and social services union without a tentative agreement with Quebec is at a turning point in its negotiations for the renewal of the collective agreement of its 60,000 members.

The APTS (Alliance du personnel professionnel et techniqaue de la sante et des services sociaux) is the only union in the health and social services sector that still does not have a tentative agreement in hand.

Its general council meeting is on Tuesday and Wednesday to consider its options.

The APTS had received a settlement proposal from the Quebec government, as did other union organizations. However, after studying it at the end of June, its national negotiating committee recommended that it be rejected.

The next general council meeting will have to decide. It could decide to put the proposed settlement to a vote of its 60,000 members anyway.

It could also try to restart negotiations with Quebec, since interim APTS president Robert Comeau says that there are still improvements to be made to the working conditions of its members, particularly in youth centers.

The union must also decide whether or not to continue its strike. It has a 10-day strike mandate, of which it exercised four days on June 7 and 8, as well as on June 21 and 22.

-- this report by The Canadian Press was first published in French on July 13, 2021.