MONTREAL -- Boufeldja Benabdallah, co-founder of the Islamic Cultural Centre of Quebec City, says he is filled with compassion and empathy for the family of five Muslims who were attacked by a driver in London, Ont., Sunday night.

The horrific incident left four of them dead and a boy with serious injuries, police said. London Mayor Ed Holder called the attack "an act of mass murder perpetrated against Muslims."

Benabdallah said such incidents remind him that minorities must remain vigilant in Canada. "This goes to show that hate is still present and that it's disastrous," he said.

Four years have passed since a gunman stormed Benabdallah's mosque on Jan. 29, 2017, shooting dead six men and seriously injuring 19 people. The incident led the Canadian government to dedicate Jan. 29 as a day to honour victims of the deadly attack. It is formally known as the National Day of Remembrance of the Quebec Mosque Attack and of Action Against Islamophobia.

"I can feel what the families are feeling," Benabdallah said in an interview Monday. "I have goosebumps because I have seen our tragedy and violent deaths."

Benabdallah said he knows the families will be going through grief while wondering why it happened to them.

He also called on those who harbour ill will toward Muslims to make an effort to get to know members of the community.

"To these people who still have bitterness toward minorities, do not go making any gestures," Benadballah said.

"Come and meet the people. You are going to be listened to and (will) find out that what you believed about us is wrong. These are people like you and us, quiet and who enjoy their lives."

London police Chief Steve Williams said relatives had asked no names be released but identified the four victims as a 74-year-old woman, a 46-year-old man, a 44-year-old woman and a 15-year-old girl. A nine-year-old boy was in hospital in serious condition.

A 20-year-old city man was arrested in the parking lot of a mall seven kilometres away from the horrific incident. He now faces four counts of first-degree murder and one of attempted murder, police said.

This report by The Canadian Press was first published on June 7, 2021. 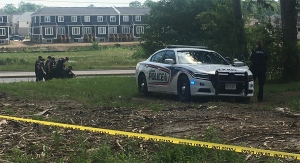