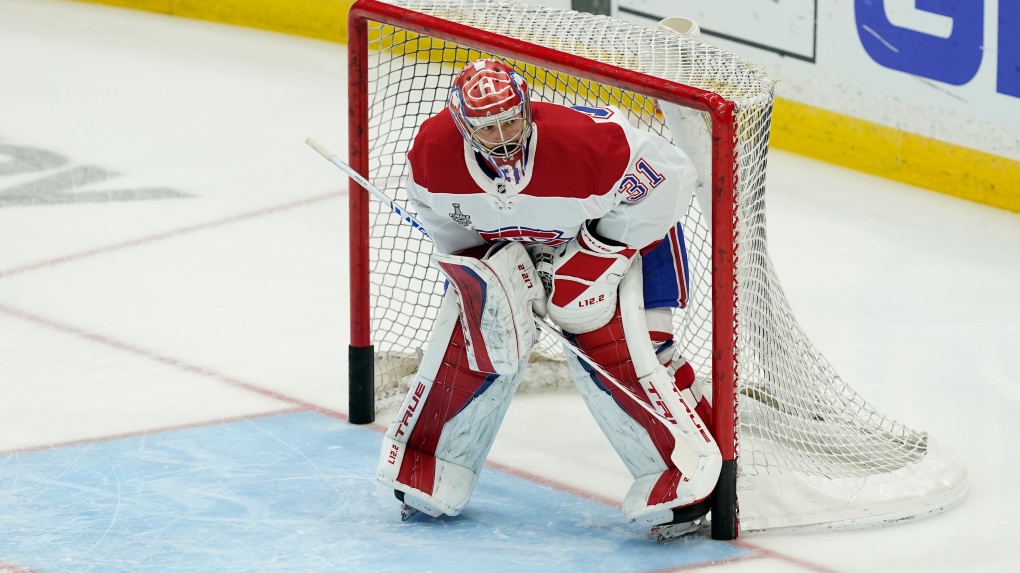 BROSSARD, QUE. -- The Montreal Canadiens had a big surprise in store Thursday after the second day of rookie camp at the Bell Sports Complex in Brossard: star goaltender Carey Price skated for the first time since he went under the knife earlier this summer.

Under the supervision of an instructor, Price performed some stretching exercises and lateral movements for about 10 minutes.

Earlier this summer, Habs head coach Dominique Ducharme said he expected to see Price back at the opening of training camp.

Price underwent knee surgery on July 23 and was expected to be out for 10 to 12 weeks. The camp is scheduled to start on Sept. 21 with the medical tests and the players will jump on the ice the next day.

It would be an early return for Price: 10 weeks of recovery will take him to Oct. 1.

Price's return has somewhat overshadowed the Tricolore's rookies, who were assembled on the ice for the first time Thursday morning under the supervision of the Laval Rocket's new head coach, Jean-François Houle, and his coaching staff of Kelly Buchberger, Martin Laperrière and Marco Marciano.

It was also a first experience with the Habs for Houle, who spent the last six seasons in the Edmonton Oilers organization as an assistant coach with the Bakersfield Condors of the American Hockey League.

It should be noted that forward Jesse Ylonen, who played one game with the big club last season, was not on the ice for the occasion, but the Habs said he should be there on Friday.

The players were separated into two groups - Red and White - and took part in several drills simulating game phases.

In addition, about 20 other players, including newcomer Christian Dvorak, practiced simultaneously on the second rink in preparation for the official Blue-White training camp.

The rookie camp will continue on Friday at the Bell Sports Complex in Brossard.

It should be noted that the practices and games presented in Brossard are not accessible to the public.