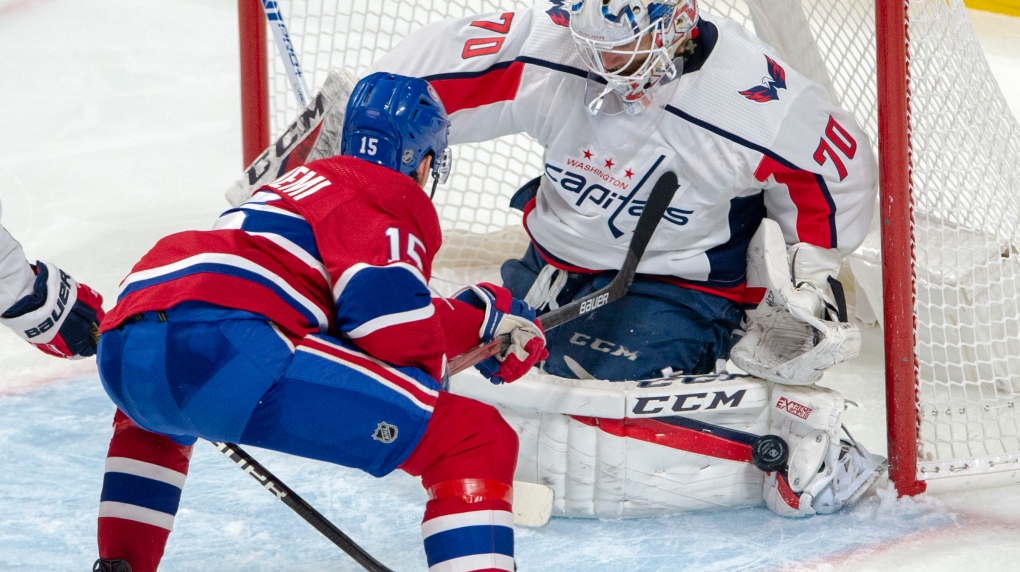 Montreal Canadiens centre Jesperi Kotkaniemi (15) will report to the Laval Rocket after being sidelined in Thursday's game against the Buffalo Sabres. THE CANADIAN PRESS/Ryan Remiorz

Kotkaniemi has six goals and two assists through 36 games this season for Montreal. He has 17 goals and 42 points in 115 career NHL games.

The 19-year-old centre from Finland was the Canadiens' third overall selection two years ago.

"Right now it's about a kid who's had a couple of injuries, hasn't quite found his game, is probably losing confidence too," said Canadiens coach Claude Julien. "So we want him to gain some confidence, we want him to find his game. So there's nothing negative about that. I think it's more positive and that's what we need to see."

Kotkaniemi has gone six games without reaching the scoresheet. His last goal came on Jan. 9 in a 4-2 loss to the Edmonton Oilers.

He missed eight games in December with a concussion.

"He's got great potential and that hasn't changed from Day 1," Julien added. "I think he's had a rough start ... and I think as a young player you don't want him losing his confidence, you want him to get his game back and I think the best way to do that is to go down there, play a lot and regain your confidence."

The Canadiens have assigned forward Jesperi Kotkaniemi to the AHL’s Laval Rocket.#GoHabsGo https://t.co/bPiDi6NQHZ