Habs officially make it to the NHL playoffs 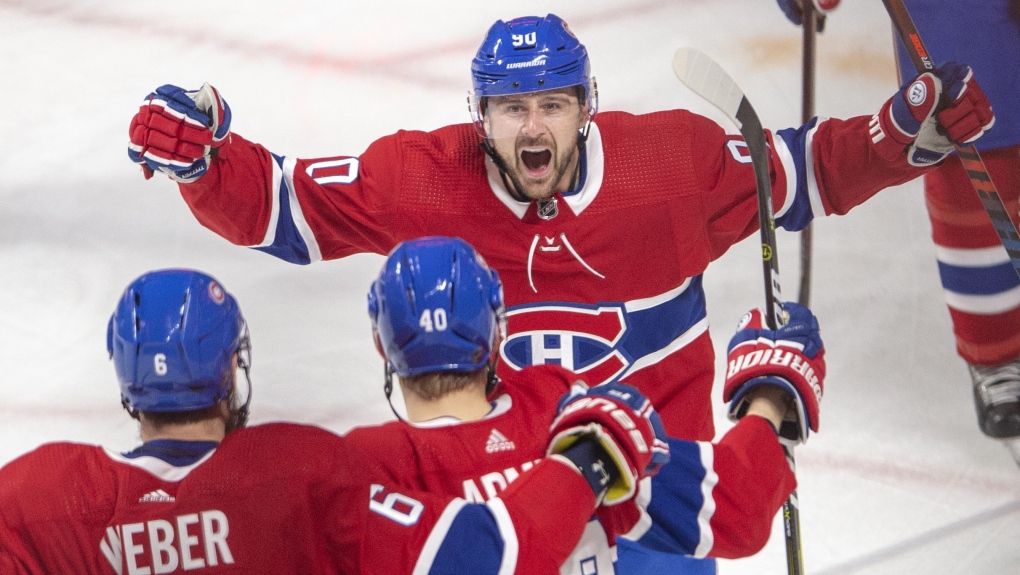 MONTREAL -- It wasn't an easy task, but the Canadiens confirmed they're heading to the NHL playoffs.

Connor McDavid scored at 2:42 of overtime and the Edmonton Oilers beat Montreal 4-3 on Monday night at the Bell Centre.

The Canadiens needed just one point to eliminate the Vancouver Canucks and Calgary Flames from the playoff race.

The trio of Jake Evans, Artturi Lehkonen and Paul Byron, who returned to the game after a nine-game absence, held McDavid scoreless in regulation time.

McDavid had the final say, however, when he broke away in overtime. McDavid had a goal and an assist and has 102 points in 54 games this season.

Alex Belzile was left out of the Habs lineup to make room for Byron. That means the Habs played the first game in its history without a single Quebec-born player in uniform, according to information reported by Radio-Canada over the weekend.

The Canadiens and Oilers will meet again on Wednesday at the Bell Centre at 5 p.m. in what will be the Tricolore's last game of the regular schedule.

Evans was the first to get a scoring opportunity about two minutes into the game. However, he was unable to deflect a feed from Byron into the slot following a long rejection from Lehkonen in the offensive zone.

That was all Evans had to show for it, as he opened the scoring at 9:32. He taunted defenceman Darnell Nurse, then had the ropes clogged with a good shot to the top of the slot.

The celebrations were short lived as the Oilers responded 20 seconds later. Neal took advantage of a loose puck at the mouth of the net and found the opening between Allen's left pad and the post.

The Oilers took a 2-1 lead at 13:29 of the first period. Kailer Yamamoto split the air trying to shoot from the slot, but the puck went to Nugent-Hopkins, who shot into an open net.

The Habs tied the game at 5:56 of the second period. This time, Byron completed a nice build-up orchestrated by Evans and Lehkonen to score his fifth goal of the season.

Byron was frustrated by Koskinen moments later when the Finnish goalie stretched his right pad to make the save on a point-blank shot.

The Oilers regained the lead at 9:26 of the second period thanks to Connor McDavid. He was credited with his 101st point when he connected with Kahun at the mouth of the net. Kahun deflected McDavid's feed into a gaping cage.

Lehkonen tied the game for a moment after 3:28 of play in the third period. However, the goal was waved off following a challenge by the Oilers for an offside call on the zone entry.

Josh Anderson got a chance to end his 10-game goal drought just over a minute later. The Habs' feisty winger broke free, but his shot after a nice fake went against the outside of the net.

Lehkonen came back at 13:04 and this time the goal counted. He caught Koskinen from a tight angle.

Allen saved the point by frustrating Dmitry Kulikov late in the third period. McDavid finally closed out the contest in overtime.