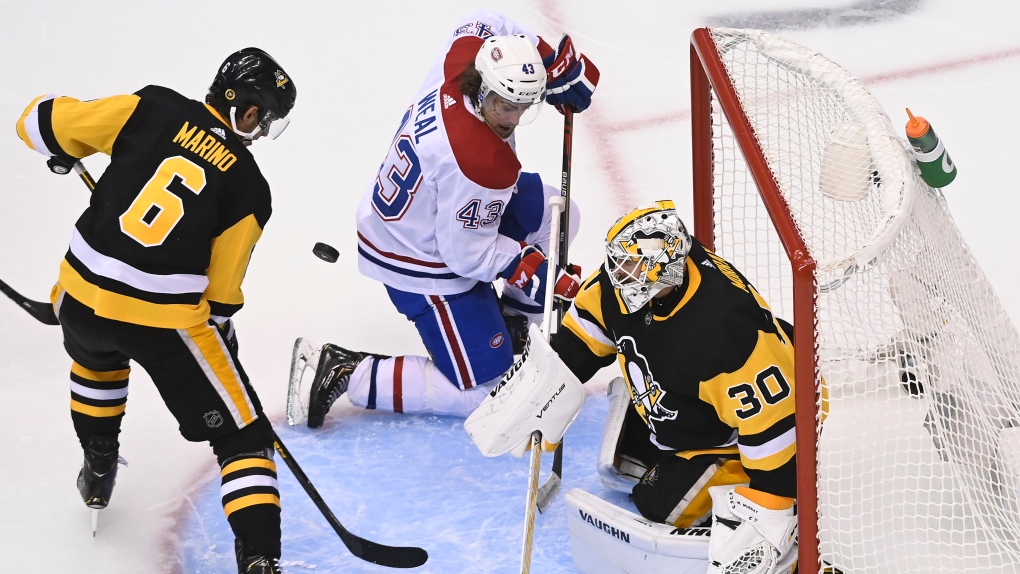 TORONTO -- Sidney Crosby, Jason Zucker and Jake Guentzel scored for the Pittsburgh Penguins in a 3-1 victory over the Montreal Canadiens on Monday night to tie the best-of-five qualifying series at one game apiece.

Crosby beat Montreal's Carey Price early in the first period and Zucker tallied with about five minutes left in the third. Jesperi Kotkaniemi ended Matt Murray's shutout bid with 2:09 left and Guentzel sealed the win with an empty-net goal.

The Canadiens opened the series with a 3-2 overtime win on Saturday but were flat from the start in Game 2 and never recovered.

Game 3 is scheduled for Wednesday night at Scotiabank Arena.

The Penguins controlled the early offensive play and Price had to be sharp right away, denying Zucker after he was sent in alone a few minutes into the game.

Pittsburgh kept the pressure on and was rewarded when Guentzel's cross-ice pass found Crosby streaking down the left wing. The Penguins captain snapped the puck between Price's legs at 4:25.