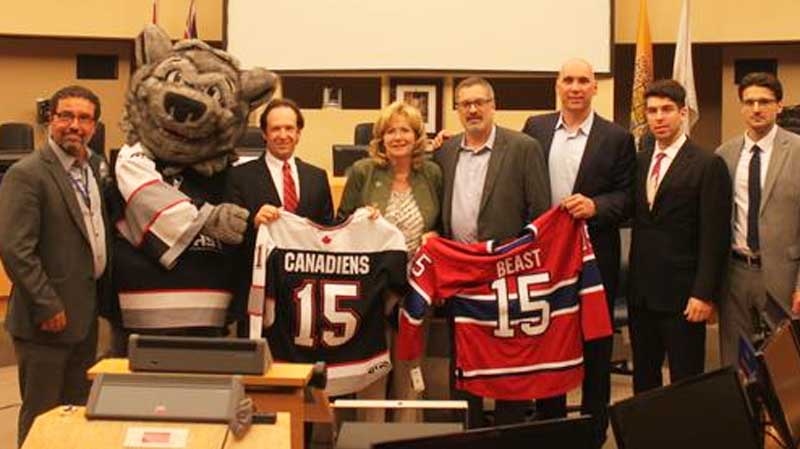 @BramptonBeast tweeted this photo at a small ceremony to mark their affiliation with the Canadiens Thursday.

The Montreal Canadiens now have a farm club in Toronto.

The Habs announced Thursday that its ECHL affiliate has been switched from the Wheeling Nailers to the Brampton Beast.

Habs' oft-injured former second round draft choice Dalton Thrower will start the season with the Brampton Beast, whose roster also includes 40-year-old journeyman David Ling, who once played a single game with the Montreal Canadiens.

The Beast will play in the 5,000 seat Powerade Centre, former home to the junior Brampton Battalion, just west of downtown Toronto in the Greater Toronto Area. Their season starts October 16 and tickets are available from around $16 to $28.

The Canadiens recently moved their top-level minor AHL affiliate from Hamilton to St. John’s N.L., and some believe that the team will eventually be relocated again to Laval.

We're excited to be a part of the family ☺️ @IceCapsAHL @CanadiensMTL