Habs get best of Blues again with 5-2 win 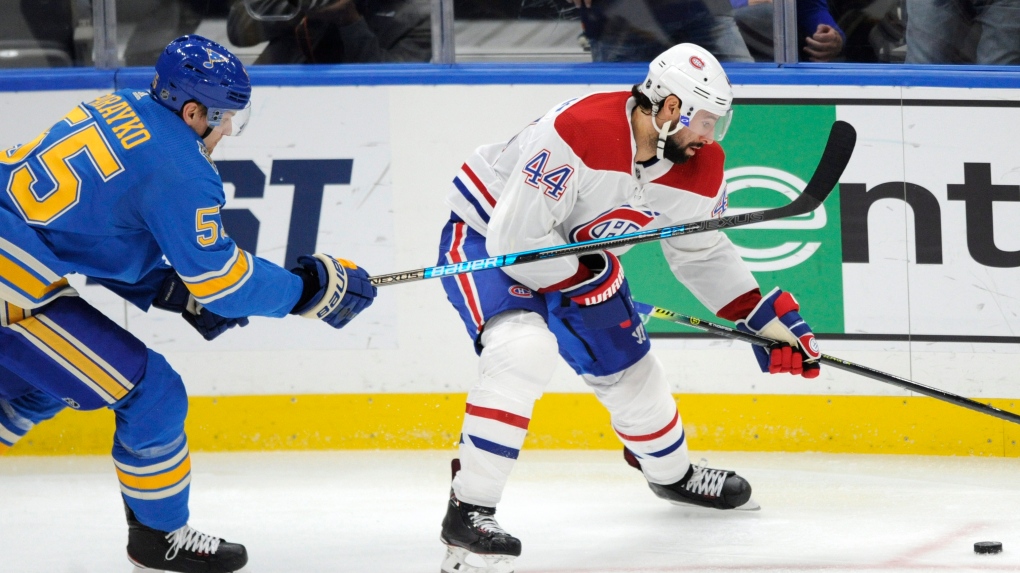 Brendan Gallagher, Jonathan Drouin and Nick Suzuki scored in the second period, and the Montreal Canadiens beat the St. Louis Blues 5-2 on Saturday.

Jordan Weal and Shea Weber also scored for the Canadiens, who won for the third time in four games. Carey Price made 32 saves in his 325th win, passing Sean Burke for 27th on the NHL career list.

St. Louis dropped its fourth straight game. Jaden Schwartz and David Perron scored for the Stanley Cup champions, and Jake Allen made 20 saves in his first home start since Jan. 8.

The Canadiens grabbed control in the second.

Gallagher pounced on a loose puck off the period's opening faceoff and beat Allen on a seemingly harmless shot from just inside the blue line just 6 seconds into the frame.

Drouin made it 3-1 with a one-timer at 3:39. It was the second power-play goal of the game for Montreal, which improved to 5 for 14 on the road with the man advantage.

Suzuki scored his second goal in as many games with 8:27 left in the second. He buried a one-timer after a Nate Thompson pass freed him up in the slot.

Perron scored with 37 seconds left in the third, but Weber answered with an empty-netter.

Weal's power-play goal gave the Canadiens a 1-0 lead at the 5:57 mark of the first period. Max Domi picked up an assist to extend his points streak to five games.

Schwartz's first goal of the season tied it 71 seconds later. Schwartz buried a backhander after an Alex Pietrangelo slap shot caromed off the end boards right to his stick.

NOTES: D Christian Folin was back in the Canadiens' lineup for D Cale Fleury, who is day to day with an undisclosed injury. ... D Robert Bortuzzo was in the Blues' lineup after a three-game absence for D Carl Gunnarsson (lower body). ... The Canadiens also scratched D Mike Reilly and RW Joel Armia. ... The Blues also scratched LW Zach Sanford and LW Mackenzie MacEachern.