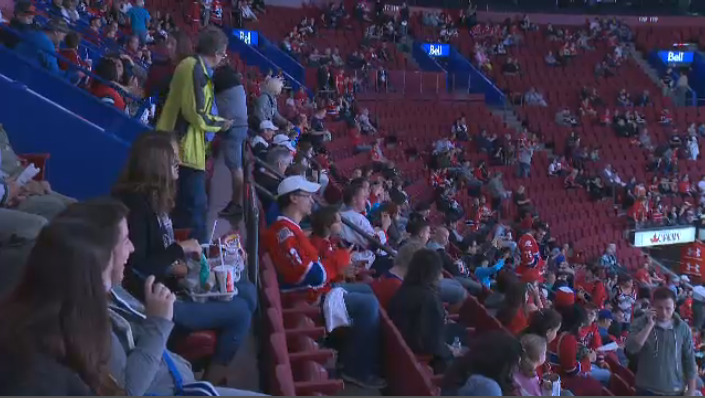 Montreal Canadiens fans were treated to a preseason scrimmage Sunday afternoon at the Bell Centre.

Thousands of people lined up ahead of the Red vs. White charity match, which pitted members of the Canadiens wearing the red jerseys against those wearing the white jerseys.

Carey Price made 15 saves on 16 shots against before he was lifted in favour of Zach Fucale.

Money raised from the event goes towards helping underprivileged kids get involved in sports and lead healthy lifestyles.

The first preseason game is between the Canadiens and the Maple Leafs Tuesday night at the Bell Centre.