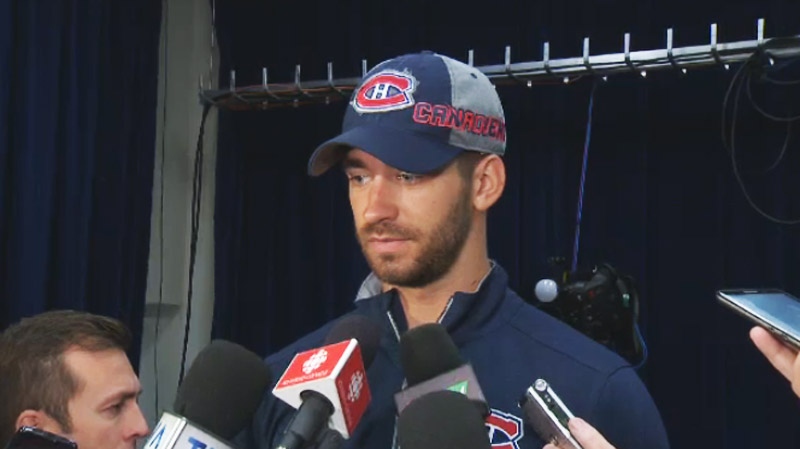 But the team announced that Drayson Bowman, 25, a former Carolina Hurricane who impressed with three points in two preseason games, has signed a two-way deal with the team.

Bowman was in camp on a professional tryout and missed practice Thursday to negotiate the deal.

Dumont and Drewiske are subject to waivers, so they could be claimed by other teams.

The Canadiens are still carrying 28 players at training camp, including 16 forwards, nine defencemen and three goaltenders.

Pateryn and Drewiske were considered to have solid shots at earning a spot on the Montreal blueline.

It raises speculation that Jarred Tinordi, who has not sparkled at camp this year, might be staying with the team. It also increases the chances that veteran defenceman Francis Bouillon, on a professional tryout with the Habs, might snag a contract as well.

All four players demoted gave solid efforts in a 3-1 preseason victory in Chicago the night before.

Andrighetto had three shots in under 15 minutes of play but only won one of seven faceoffs. Dowell registered one assist in 10 minutes of play. Drewiske was a steady plus three in almost 19 minutes of ice time, while Gabriel Dumont did not get a shot on net but won half of the faceoffs he took. Pateryn blocked four shots in 20 minutes and made four bodychecks.

Among the hopefuls from the Chicago game who escaped the cut were defenceman Darren Dietz and young Swede Jacob De La Rose.

This story has been corrected from an earlier version that stated Drayson Bowman was released after turning down an offer from the Canadiens.