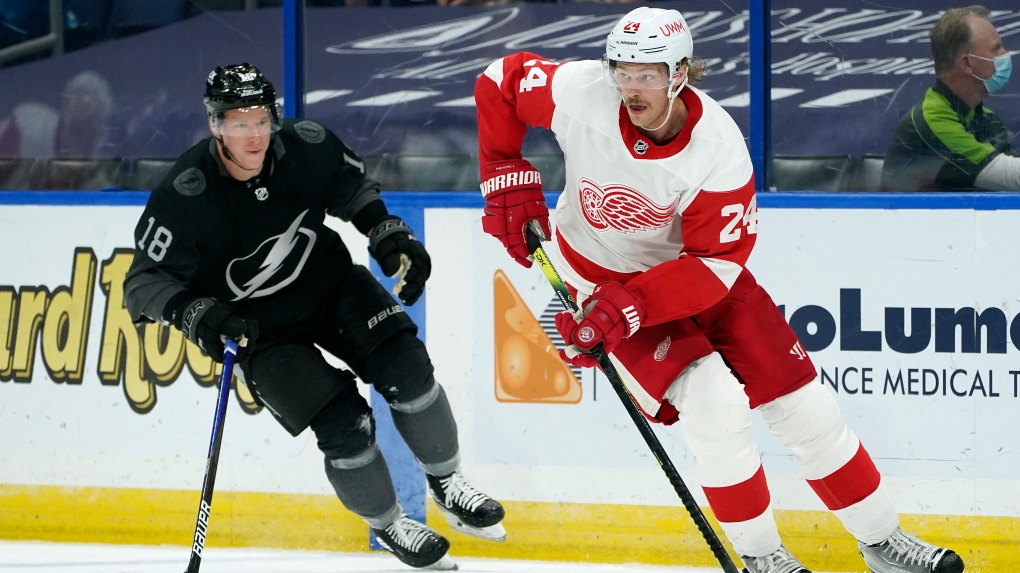 MONTREAL -- Defenceman Jon Merrill will play his first game with the Montreal Canadiens on Wednesday night against the Edmonton Oilers.

Merrill was acquired from the Detroit Red Wings on April 11 in return for a fifth-round pick and AHL forward Hayden Verbeek.

Brett Kulak will give way to Merrill, to the right of Alexander Romanov.

Merrill had to undergo a seven-day quarantine upon arriving in Canada due to NHL COVID-19 protocols.

Jon Merrill is addressing the media live via Zoom to talk about his first game as a Hab.#GoHabsGo https://t.co/1rE7IGp24n

In 36 games with the Red Wings this season, Merrill had recorded five assists. He had a plus-2 differential.

The 29-year-old American defenseman has 392 games of NHL experience with the New Jersey Devils, Vegas Golden Knights and Red Wings.

The Canadiens have lost six of their last eight games. The Oilers defeated the Habs 4-1 on Monday.

Carey Price suffered a concussion in that encounter. Jake Allen took over after the first intermission, who will be the starting goalie on Wednesday evening.

For the Oilers, Mike Smith is expected to be the starting goalie again.

Forward Ryan Nugent-Hopkins could be back in the game after a four-game absence, and Defenseman Dmitri Kulikov could play his first game with the Oilers after completing his own quarantine. Kulikov was acquired from the Devils on April 12.

-- this report from the Canadian Press was first published on April 21, 2021.