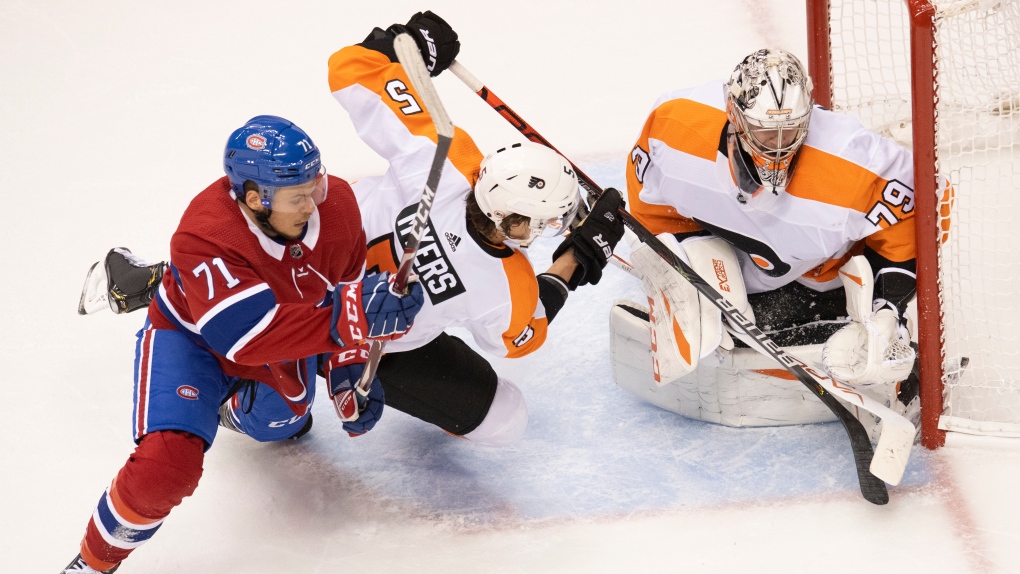 He will receive $800,000 for the second year, regardless of the league he plays.

Canadiens agree to terms on a two-year contract extension with forward Jake Evans.#GoHabsGo

The 24-year-old Evans had two goals and one assist in 13 games with the bleu-blanc-rouge in his first NHL season in 2019-20.

Evans played for two seasons with the Laval Rocket, in the AHL.

In 118 games under coach Joel Bouchard, he collected 27 goals and 56 assists, in addition to having served 52 penalty minutes.

He finished second on the team in points (45) in his first year at Laval, and led the Rocket in the second season before the league was shut down due to the COVID-19 pandemic.

A Toronto-native, Evans was a seventh-round pick, 207th overall, for the Canadiens in the 2014 NHL Draft.