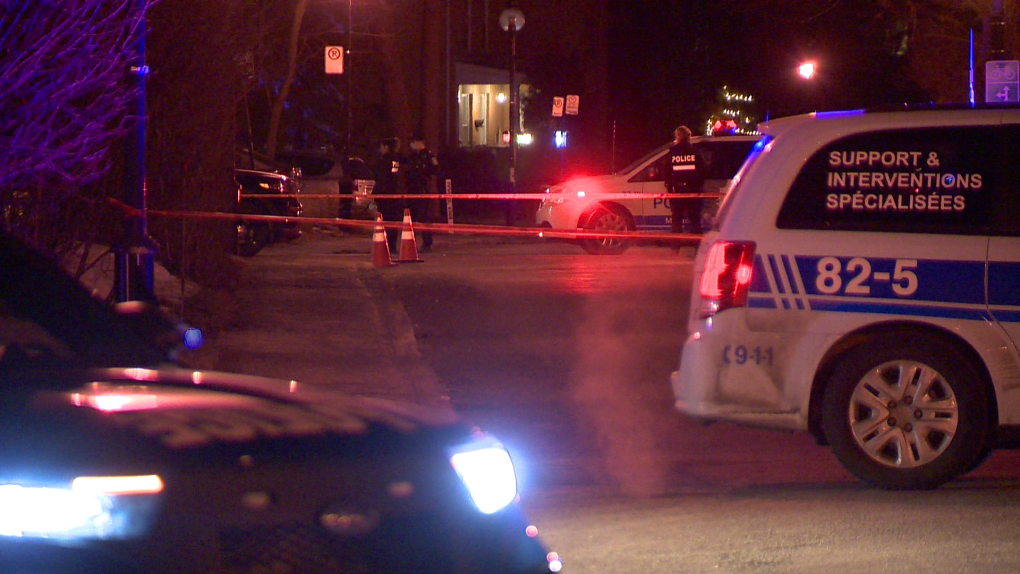 Police in Montreal are investigating after gunshots were reported in the Ahuntsic-Cartierville borough. (Cosmo Santamaria/CTV News)

Police investigators are looking for two suspects after gunshots were heard in Montreal's Ahuntsic-Cartierville borough on Tuesday evening.

Officers responded to a 911 call at 6 p.m. alerting them to a situation at the intersection of de Lille Street and Gouin Boulevard.

Investigators met with witnesses in the area to piece together the events leading up to the gunfire.

Officers found shell casings on Gouin Boulevard and investigators are now working to determine if they are related to the incident Tuesday night.

Canada to upgrade Latvia battlegroup to a brigade, boost number of troops

Canada has signed an agreement to upgrade the 2,000-soldier battlegroup it leads in Latvia to a brigade, boosting the number of troops and pledging to lead it for at least the next five years.