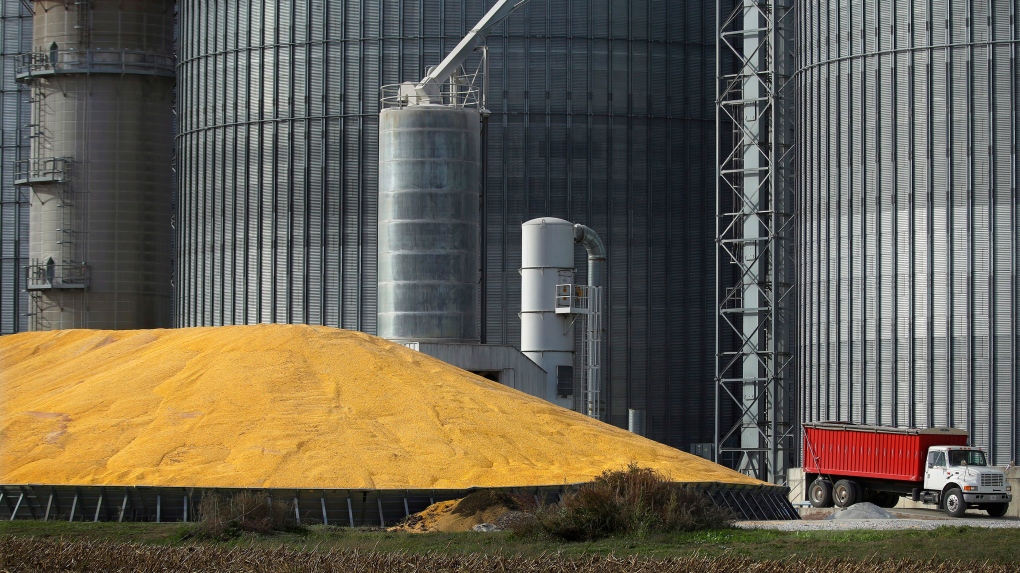 A delayed grain crop is a major concern for Quebec producers who are hoping the government can help. THE CANADIAN PRESS/AP -Seth Perlman

LONGUEUIL -- The early arrival of snow has added to a tough season for grain producers across the province who are now asking to sit down with the CAQ government to figure out how to cover their losses.

Benoit Legault, General Manager of the Producteurs de grains du Québec (PGQ), which represents about 10,500 farmers, reported their distress at the weather conditions complicating the corn harvest. It promises to be painful and costly, since only a quarter of the area has been harvested by mid-November.

"The spring weather conditions meant that farmers took two to three weeks to plant. It can happen some years and the summer sometimes allows catching up. But this year, the growing conditions were a bit below average, so we already saw that the plants were more vulnerable," said Legault.

Then, the strong winds that blew on Halloween night made the plants pour and bent the stalks of corn. The ears are therefore closer to the ground, which complicates their harvest.

"But when the snow mixes with that, the producers lose all their means," lamented Legault.

Not to mention that the quality of corn has also suffered. The ears have frozen before reaching maturity and getting out the moisture will not be easy. PGQ is concerned that a good deal of corn will remain in the fields, producing annual sales of nearly $700 million.

Soybean producers are not left out of the pain. Nearly 10 per cent of soybean acreage is now buried under snow without being harvested. The chances of recovering the crops are slim, according to Legault.

"It's not an easy season for all grain production," he said.

PGQ hopes that the Ministry of Agriculture and the Financiere agricole, which is in a way the producers' collective insurer, will react quickly to this crisis and establish better protections against the effects of bad weather.