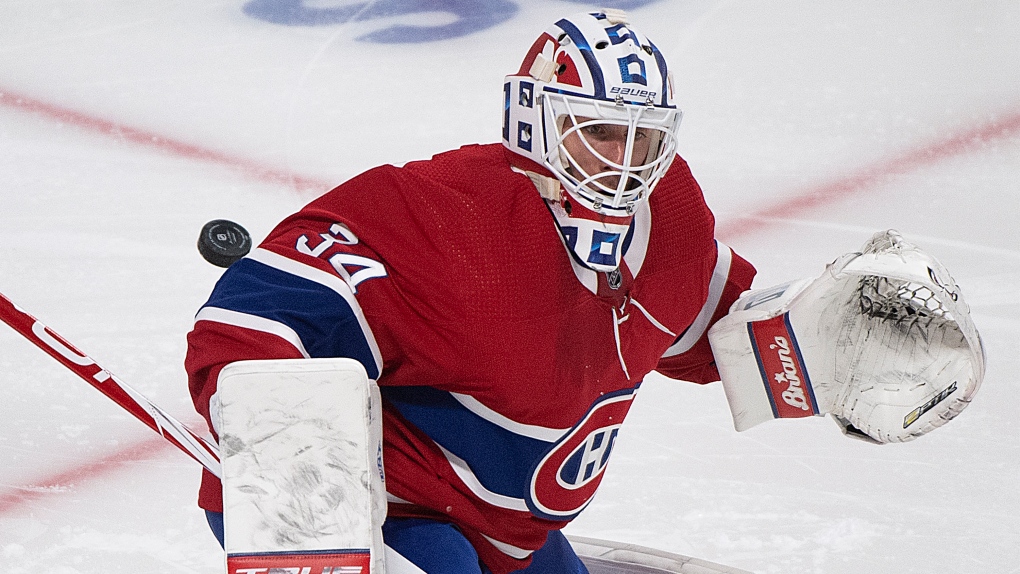 MONTREAL -- Goaltender Jake Allen has been chosen by journalists covering the Montreal Canadiens to receive the Jacques-Beauchamp Trophy.

The trophy has been awarded since the 1981-82 season to the player who played a key role in the team's success during the regular season, without receiving any particular honour.

The 30-year-old goaltender succeeds Phillip Danault, a 2018-19 recipient. The trophy was not awarded last season due to the pandemic.

The Fredericton, N.B. native picked up his 150th career NHL win on Jan. 21 in Vancouver. Allen also played in his 300th game on March 19 against the Canucks.

The Jacques Beauchamp Trophy was established in 1981 in memory of the journalist who spent most of his professional career covering the Canadiens. Doug Jarvis was the first to receive the honour.