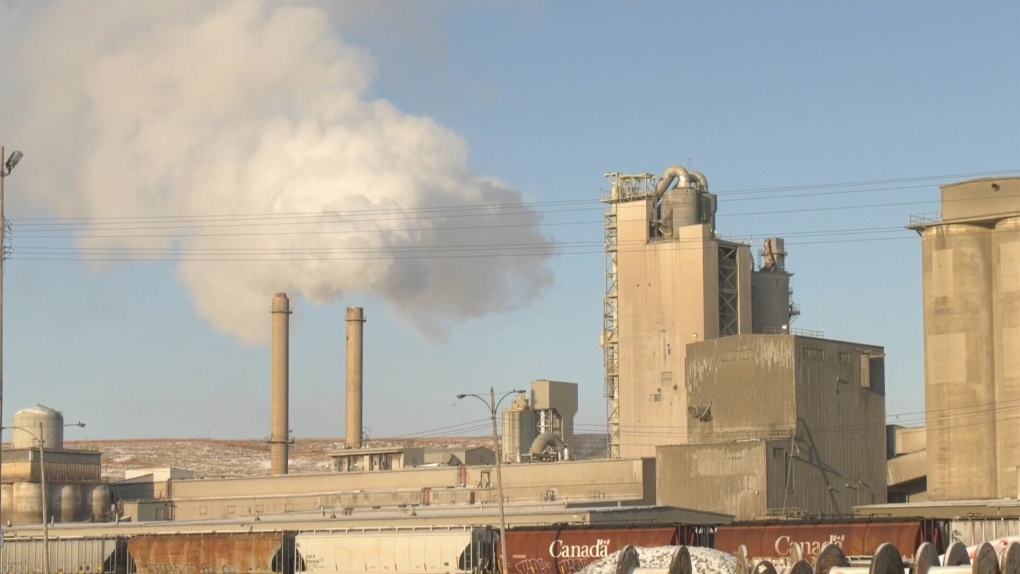 A global watchdog dedicated to environmental transparency launched its North American office, in Montreal, on Tuesday.

The International Sustainability Standards Board (ISSB) officially kicked off its new bureau with several elected officials in attendance.

The board's mission is to create environmental financial disclosure standards that its leaders hope will be used for all companies worldwide.

Quebec's Minister of International Relations, Nadine Girault, took the opportunity to announce $4 million in financial support over three years, while Canada's Minister of Finance, Chrystia Freeland, confirmed what her government announced a few months ago, namely $8 million in funding for the creation of the office, which has also raised several tens of millions of dollars from private companies.

The ISSB is headquartered in Frankfurt, Germany. At its official launch in November, the ISSB announced that it would establish an office in Montreal.

"This new office will advance Canada's role as a leader in sustainable finance and help ensure that Canada is at the centre of the ongoing global transition to carbon neutrality," said Freeland.

The Montreal office will have a similar importance to the Frankfurt headquarters, according to Girault's office.

It will be responsible for "board support, development and engagement activities for the Americas market as a whole," it said.

To those who question what a company would gain by voluntarily submitting to new rules, Freeland replied that they will adhere to the new environmental standards because they need capital.

"By creating international standards, we will help investors and create a very, very strong incentive for companies to follow these standards," said Freeland, adding that it will be "investors who will demand these standards."

"It's not easy to disclose greenhouse gas emissions forecasts, to determine the impact on the company's strategy and risk management, but if there is a common way to do it, we will all learn together, so companies are very, very happy to reduce their compliance costs," said Anne-Marie J Hubert.

According to them, companies will also benefit from future environmental standards to "attract talent, attract customers and then be credible in the promises they make to the market."

"By creating a 'common language' to compare companies, it will become easier for investors to measure the environmental footprint of companies and their climate risk," said Emmanuel Faber, president of the ISSB, in an interview with The Canadian Press last April.

The creation of the ISSB was announced at the COP26 climate conference last November.

The ISSB is under the umbrella of the IFRS Foundation, the non-profit organization that created the International Financial Reporting Standards (IFRS).

Tuesday's press conference coincides with the first meeting of the IFRS Foundation Trustees in Montreal, which runs from June 28 to 30. The trustees are responsible for the governance, oversight and funding of the foundation.

The provincial minister responsible for the Metropolis and the Montreal region, Chantal Rouleau, the minister responsible for the Economic Development Agency of Canada for the Regions of Quebec, Pascale St-Onge, representatives of Montreal International and the International Financial Reporting Standards Foundation (IFRS Foundation) and ISSB were present at the event.

This report by The Canadian Press was first published in French on June 28, 2022.