Get loud and proud: Montreal Pride Festival is back, but with some changes 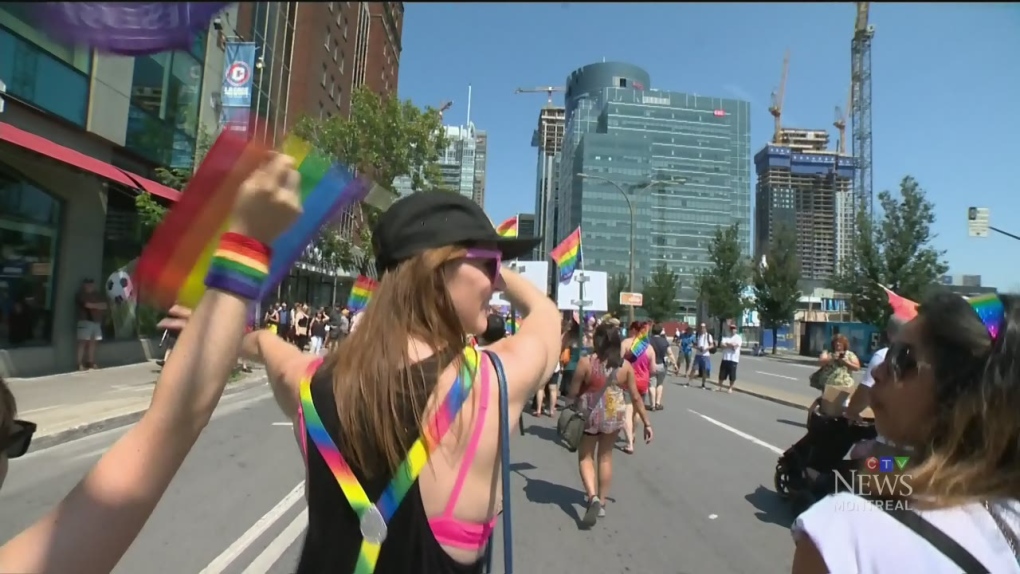 MONTREAL -- After it was cancelled last year due to COVID-19, the Montreal Pride Festival is back on in 2021 as an in-person event on August 15 and things are going to look a little different this year.

This year’s pride festivities will not include a parade due to public health measures. Instead, Fierté Montréal announced Thursday it will host a Pride March amplifying the voices of the LGBTQ2IA+ community under the theme "Together for All."

The event holds special significance because the demands of the community were overshadowed by the pandemic, said Fierté Montréal in a press release.

Participants will assemble at 12 p.m. in Jeanne-Mance Park for a 1 p.m. departure towards René-Lévesque Boulevard, then toward Atateken Street, ending in the Village on Ste-Catherine St. A traditional moment of silence will be held at 2:30 p.m. in honor of victims of HIV/AIDS, homophobia and transphobia.

PRIDE IS RETURNING TO ITS ROOTS

"For some years now, the festival's team has sought to highlight the spirit and the community contributions of the various 2SLGBTQI+ communities, and this year, the pandemic has somewhat imposed it on us,” said the festival's interim director, Jean-François Perrier, in the release.

The COVID-adapted festival harkens back to early Pride events in Montreal, which took more of a political stance in the face of rampant discrimination againt the LGBT2QIA+ community.

"It was about Montreal queers standing up against police brutality and pushing for their civil rights in Quebec," Montreal LGBT2QIA+ activist Richard Burnett told CTV News, reflecting on the early Pride marches of the 90s.

"This is a throwback. I think it’s great."

The first Montreal Pride event took place in 1979 with 52 marchers participating, in honour of the 10th anniversary of the Stonewall Riots in New York City.

"It really was a march," said Burnett. "It was more about politics and standing up for what we believe in as opposed to showcasing entertainment and floats in a big parade."

Burnett said that while the world has become far more accepting of the LGBT2QIA+ community, discrimination is still at large.

"Montreal is a queer mecca, and it’s very easy to forget that the rights we enjoy today can be taken away," he said.

Alongside the Pride March, this year’s festivities will include a wide variety of events in person and online, including brunches, picnics, a camping trip, a round of self-described "Gay Sex Trivia" on Zoom, and a long lineup of virtual drag performances and mini concerts.