MONTREAL -- George Springate, a celebrated member of Montreal’s English community, has died. He was 81.

Over the decades, the Montreal native and longtime resident of Pierrefonds-Roxboro had a varied career, serving as a police officer, politician, football player, professor and citizenship judge.

“George Springate was a larger-than-life character, deeply involved in many causes in our society,” said Geoffrey Kelley, a former Quebec Liberal politician and close friend of Springate.

Kelley's son, Greg, who is currently serving as a Quebec Liberal MNA, says he'll remember Springate for his optimism and his inclusiveness.

“George was somebody who wasn’t just an example and a role model as an MNA, but as somebody who dedicated so much of his time to charitable causes,” he said.

After receiving his Bachelor of Arts degree from Sir George Williams University, Springate went on to study civil law and common law at McGill University. He also played for the university’s Redmen football team.

From 1958 to 1969, he worked as a Montreal police officer. He was a founding member of John Abbott College’s police technology program.

Springate’s football career didn’t end at the varsity level; he went on to play for the Montreal Alouettes as a kicker; in 1970, he was part of the team that won the Grey Cup. 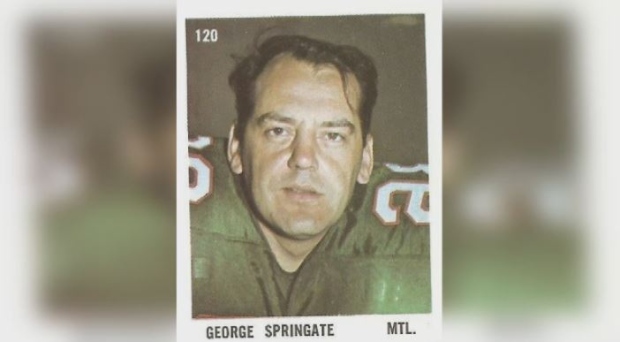 That same year, he was elected to Quebec’s National Assembly as a member of the provincial Liberals in the riding of Sainte-Anne.

He was re-elected in 1973, but was removed from the Liberal caucus one year later for voting against Bill 22, the province’s proposed legislation that would bar non-English speaking parents from sending their children to English schools.

After leaving the Liberal party, he was elected as an independent candidate in 1976 for the riding of Westmount. 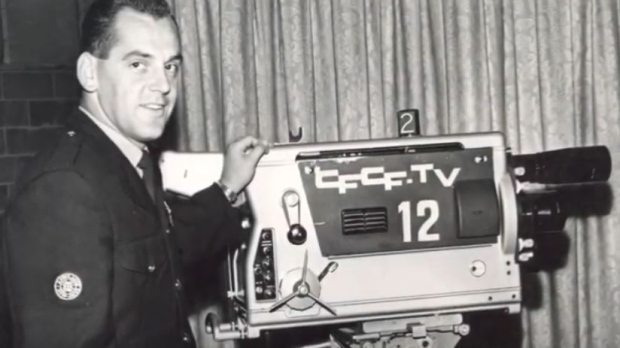 
Springate was also a television sportscaster for CBC Montreal in the 1980s and hosted a local daily current affairs program called ‘Midday.’

Kelley remembers crossing paths with Springate when he first entered politics in 1994.

The 64-year-old says he'll remember Springate for his dedication to charitable causes, including with the Quebec Society for Disabled Children (QSDC), as well as his involvement in organizing skating events with Habs legends and bringing the RCMP Musical Ride to the West Island.

“Once, he even talked Russ Williams and I into spending 24 hours on a platform high over the Fairview parking lot as a fundraising stunt,” Kelley recalled.

The former MNA took the time to extend his condolences to Springate’s wife, Judy Gill, whom he says cared for her husband “to the very end of his life.”

“He was an extremely proud Canadian and we spent many Canada Days together in Pointe-Claire swearing in new Canadians,” he said.

“George shone in this role and I believe it was his way to pay back the country that had made so many things possible for him. George was a good friend, a warm person and he had boundless energy. He will be missed.”