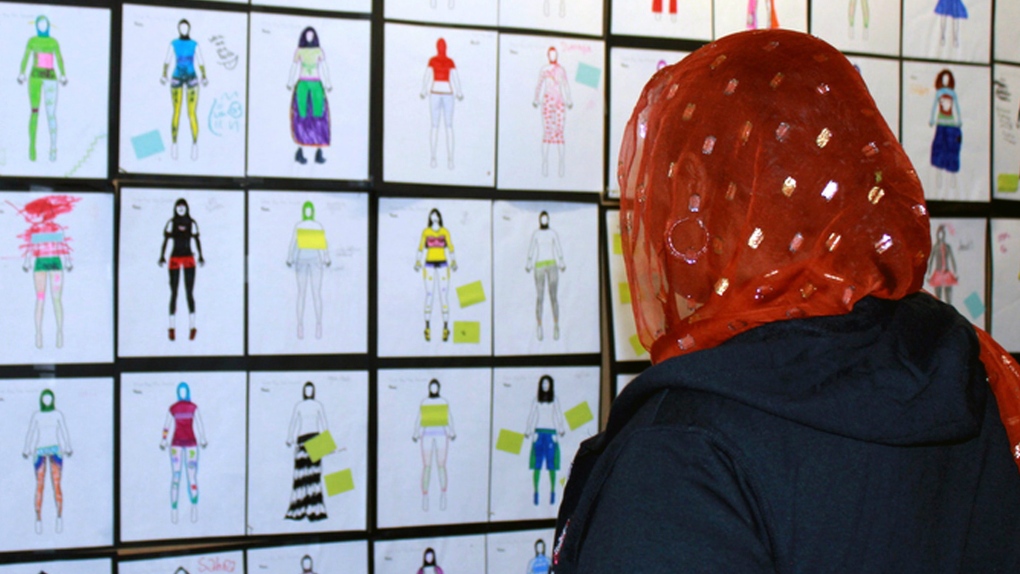 In this June 10, 2015 photo, a woman looks at design drawings for Muslim girls’ athletic wear before a fashion show in Minneapolis. (AP / Jeff Baenen)

A Quebec man has been charged with allegedly assaulting his teenage daughter for a year in what police are calling "honour-based" violence.

Gatineau police said Friday their investigation suggests the level of violence escalated once the man discovered the girl was removing her hijab when she was away from the family home.

They have not released the man's name to protect the alleged victim's identity.

"It took a lot of courage for this young girl to come up to police and to inform us of what was happening," Sgt. Jean-Paul Lemay said.

She decided to file a police complaint, which culminated in an arrest Wednesday.

The teen has since been removed from the family and is in the care of youth protection.

The 35-year-old Gatineau resident appeared in court Thursday on charges of assault, assault with a weapon and uttering threats.

Police are keeping many of the details under wraps, but Lemay said the force hopes the girl's bravery will prompt other alleged victims of violence to come forward.

He said police hope to send a message to others in similar situations to assure them resources exist to help them.

"Victims of these types of crimes are often isolated and it can be very difficult to come forward," Lemay said.

"The ones who do, we want them to know we will listen to them, but they will also be supported during the (legal) process."