Gas price protest stalls when only one demonstrator shows up 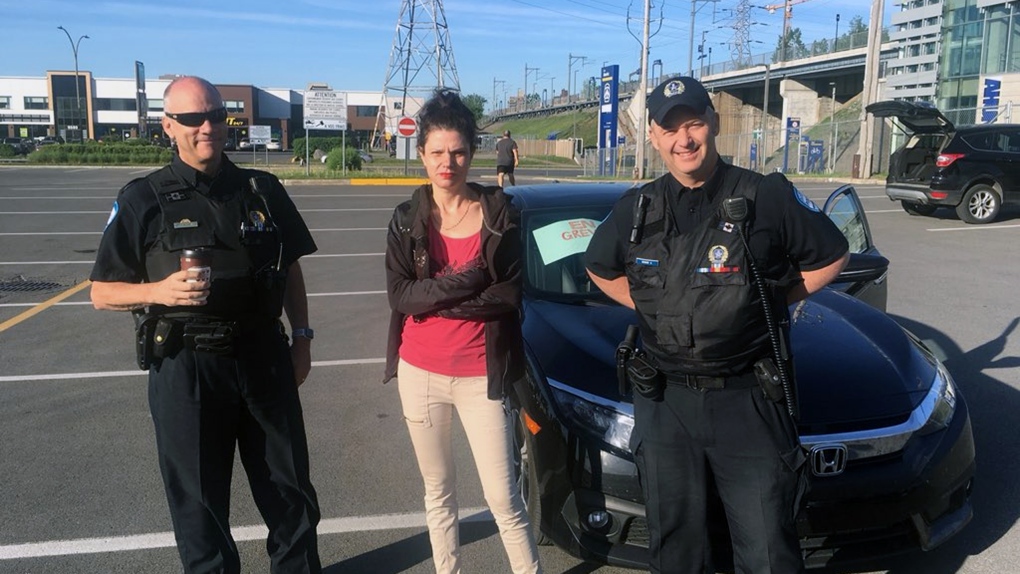 The single gas price protester at Marché Central was not pleased to be the only person who showed up. (Emily Campbell/CJAD)

Drivers love to complain about the price of gas, but when it comes to taking action they are not willing to join forces.

A gas price protest scheduled for Wednesday morning sputtered to a stop when one solitary protester showed up.

Despite more than 5,000 people saying they would attend and another 36,000 saying they were interested, not even the protest's organizer bothered to attend the protest at Marché Central.

Instead just one woman showed up with a sign attached to her windshield, and she was not impressed at the lack of response.

Montreal police had even stationed half a dozen officers in patrol cars at the mall, ready to supervise the protesters on their planned slow-moving route.

The price of gasoline in the Montreal area is about $1.479/litre on Wednesday, and interest groups are predicting elevated prices all summer long as demand stays high while several refineries in North America are undergoing repairs.

Wednesday was also bike to work day, where commuters are encouraged to reduce the demand for gasoline by travelling on two wheels.