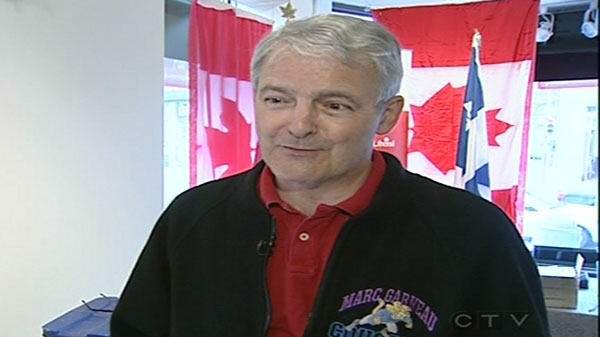 Marc Garneau went to bed thinking he had lost in Westmount-Ville-Marie, but was woken up with the news that he in fact secured the seat for the Liberals

MONTREAL - MP Marc Garneau would consider his possible candidacy as leader of the Liberal Party of Canada.

The former astronaut said, however, he would also be willing to support a younger candidate to revive the flailing Liberal Party.

In an interview with The Canadian Press, the Liberal MP for Westmount-Ville-Marie was not secretive about his interest in the job, but said he would prefer to wait to see what candidates come forward as successor to Michael Ignatieff.

Garneau said he hopes that more people running for leader.

While he admits that he is relatively new to politics, he sad knows he could make a greater contribution to his country.

At the same time, he also said he would support a young candidate, or conversely, a candidate with extensive experience of political life.

At the upcoming Liberal convention in mid-January, delegates will be asked to decide on the exact election date of the next leader -- the party has already determined the election will take place in the spring of 2013.

Garneau, who had sought to take over the Liberal leadership on an interim basis, said he believes there is no urgency, since the next general election is expected to take place in 2015.

Bob Rae is the current interim leader of the Liberal party.