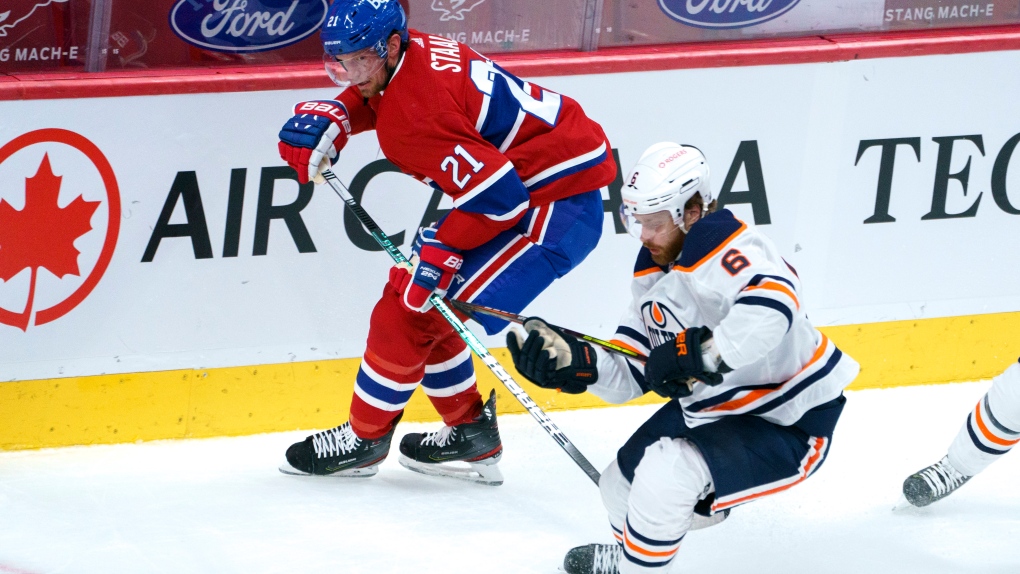 MONTREAL -- Dominik Kahun scored the overtime winner for the Edmonton Oilers in a 4-3 win Wednesday over the host Montreal Canadiens.

Kahun went backhand to forehand on a feed from Leon Draisaitl to score the winner 27 seconds into the extra period.

Draisaitl, Alex Chaisson and Ryan Nugent-Hopkins also scored for the Oilers (35-18-2). McDavid had two assists for 104 points in 55 games this season, and Mike Smith made 26 saves for the win.

Edmonton has one game remaining in the regular season Saturday against the Vancouver Canucks before facing the Winnipeg Jets in the playoffs.

Nick Suzuki scored twice and Cole Caufield had a goal and an assist for the Canadiens, who capped their regular season at 24-21-11 and will face the Toronto Maple Leafs in the post-season.

The score was knotted 2-2 after the opening period.

Suzuki scored shorthanded at 9:58 of the first period for a 2-1 Montreal lead, but Nugent-Hopkins drew the Oilers even on the same power-play at 10:53.

Caufield scored his fourth goal of the season in his ninth NHL game just 1:58 after the opening faceoff. Chiasson countered for Edmonton at 8:35.

This report by The Canadian Press was first published May 12, 2021.