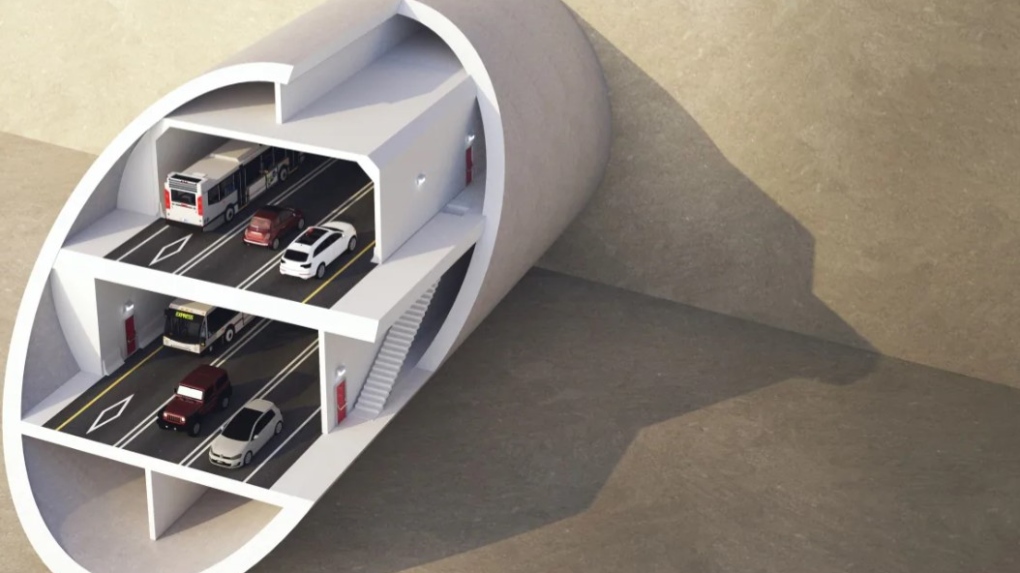 QUEBEC CITY -- The Quebec government announced Tuesday that no cars will exit the future Quebec City-Lévis tunnel into downtown Quebec City and that road transportation will now be concentrated on the existing routes, namely the Laurentian Autoroute to the north and the Dufferin-Montmorency Autoroute to the east.

Transport Minister François Bonnardel said this decision will increase the attractiveness of the public transit offerings in the tunnel, since it will be the only possible mode of transportation for direct access to downtown.

Bonnardel added that ridership projections taking into account this change will be made in the coming months, in particular so that the official funding request to the federal government can take this into account.

He also stated that discussions will be held with the City of Québec in the coming months on the linkage of the tunnel and the municipal network. This will include determining whether it is appropriate to maintain a bus-only exit to serve the eastern part of the lower town and to properly link the tunnel to the municipal network as a whole.