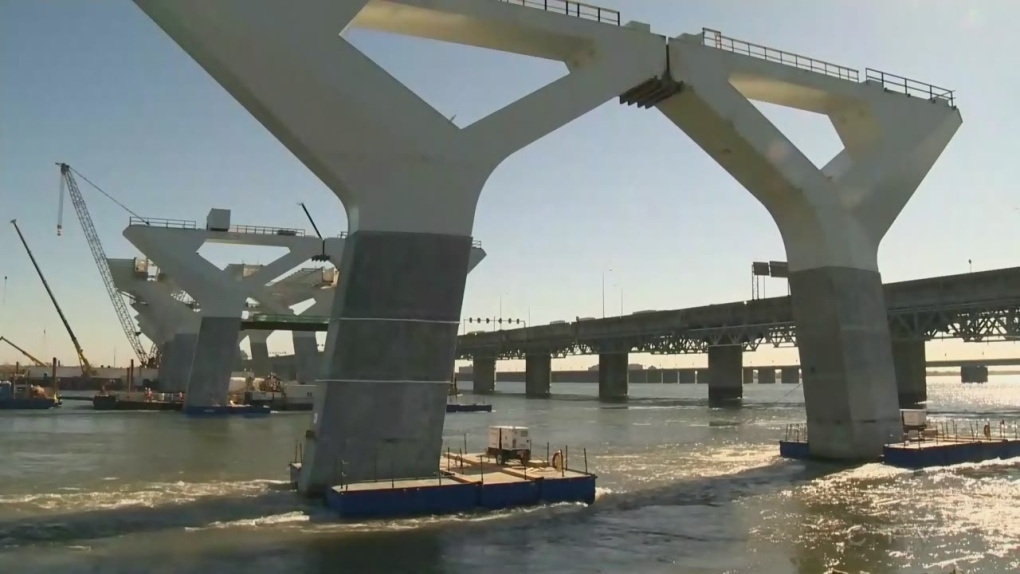 The new structure meant to replace the Champlain bridge could undergo a name change and become the "Samuel-de-Champlain Bridge."

The Federal government is proposing the addition of the explorer's first name, according to Francois-Philippe Champagne, Minister of Infrastructure and Communities.

Champagne, however, said he will be receptive to feedback on the proposed name change.

The name "Samuel-de-Champlain Bridge" has been long proposed by citizens and historians alike, he said in an interview with Radio-Canada Wednesday morning.

Infrastructure Canada is seeking input from partners by August 24, and subsequently, the ministry will initiate a public consultation.

On July 5th, elected officials from Longueuil passed a motion calling for the new bridge to change its name.

The structure is expected to open to traffic by December 21st.