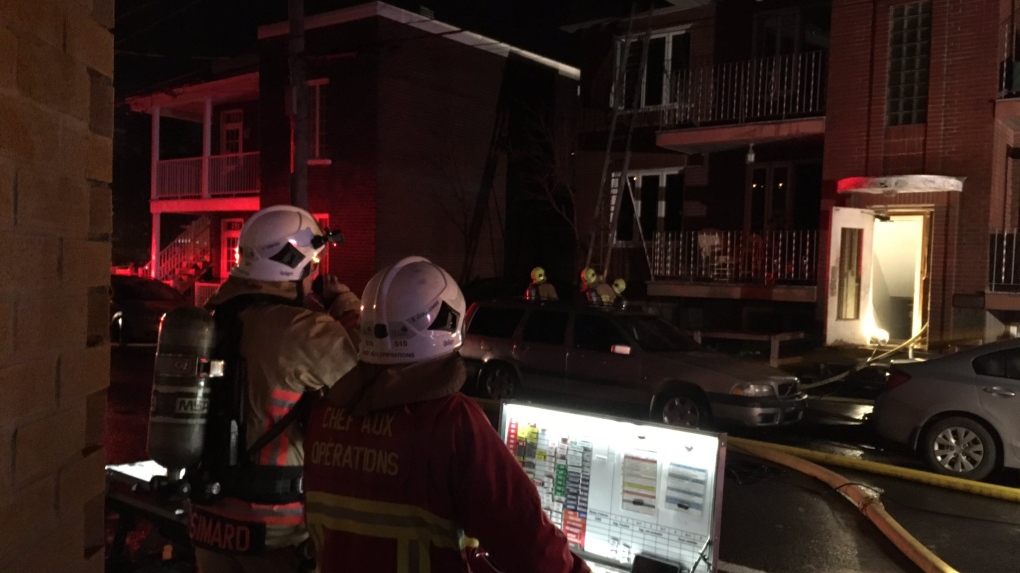 Quebec City firefighters put out a blaze that left a dozen people out of their homes Oct. 15, 2020. SOURCE SPCIQ

MONTREAL -- A fire in the middle of the night Thursday in Quebec City threw a dozen people into the streets.

No one was injured, but due to the COVID-19 pandemic, relatives could not take the victims in.

They were all accommodated temporarily in a hotel.

The blaze broke out shortly before 3:30 a.m. at the back of the four-unit building located on 8th Ave. in the Limoilou district. Shortly before 4:00 a.m., a fourth alarm was sounded because of the rapid spread of the flames.

Some 65 firefighters were involved in extinguishing the blaze.

Shortly before 5:15 a.m., the Quebec City Fire Department declared the fire under control.

Fire department technicians are continuing to determine the cause and origin of the fire.