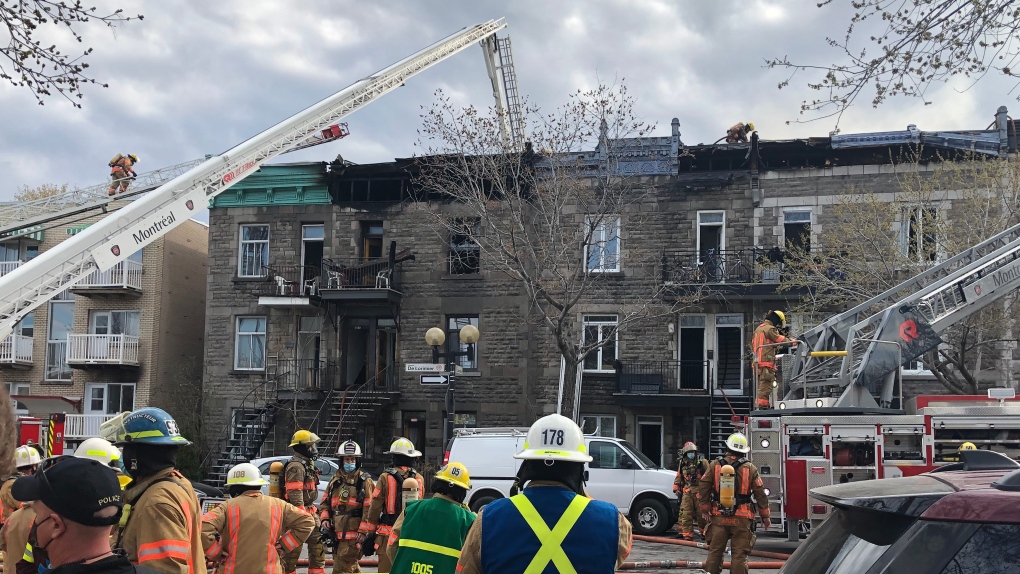 MONTREAL -- A four-alarm fire spread along the rooftops of several buildings on Montreal's De Lorimier Ave. Wednesday afternoon, forcing residents out of their homes.

The fire broke out in a residential building at the corner of De Lorimier Ave. and De Rouen St. and quickly spread, causing serious damage.

The Montreal fire department first announced the fire after 3 p.m., and within the hour it escalated to four alarms.

Fire chief Patrick Fournel said everyone inside the building managed to get out safely as nearly 100 firefighters fought the blaze.

No one was injured. Residents from 12 to 14 apartments will need to relocate, with help from the Red Cross.

Investigators will look into the cause of the fire.

Fournel said it served as a reminder for everyone to ensure their smoke detectors are in working order.

“Make sure you have a working fire alarm. That saves lives. The important thing is to have a functioning fire alarm at home and test it regularly,” he said.

The fire is now under control.