Four-alarm fire breaks out in residential building in Little Italy 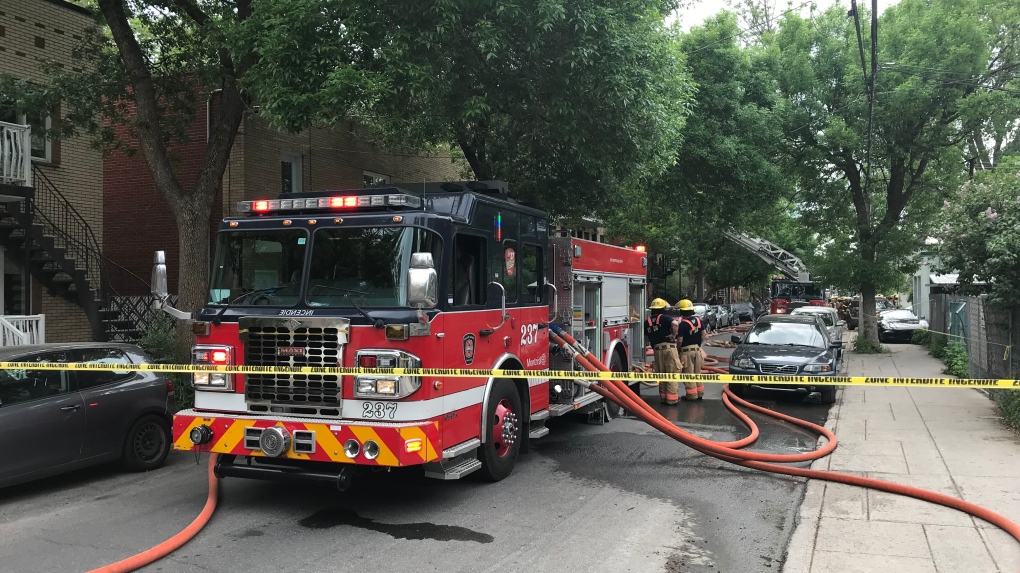 Firefighters were called to the scene of a residential fire in Little Italy Friday May 29, 2020.

MONTREAL -- The Montreal fire department is reminding people to be extremely careful about putting out cigarettes.

The warning comes after a four-alarm fire broke out in a residential building in Montreal’s Little Italy Friday afternoon.

The first alarm sounded for the fire shortly after 3 p.m. on a rooftop terrace in the three-storey building at 6596 Henri-Julien Ave. near Beaubien St.

Hydro was cut in the area, and the building was evacuated. Firefighters are reporting major damage there, but about 90 firefighters were able to contain the fire and prevent it from spreading to adjacent buildings.

There are no reports of injuries, and the blaze was under control by 4:20 p.m.

The exact cause of the fire is not known.