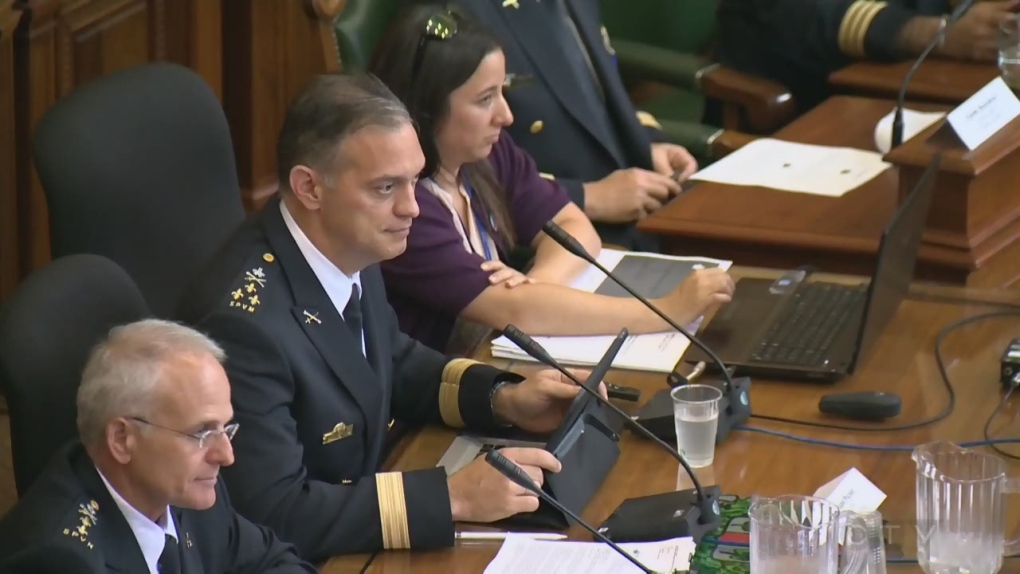 Montreal's former police chief, who was forced out of the job following allegations officers fabricated evidence and targeted rivals with internal investigations during his tenure, is becoming the top manager of the subarctic mining town of Fermont, Que.

Philippe Pichet was suspended with pay as the city's top cop in December 2017 after an external investigation uncovered a climate of warring clans, mistrust and vengeance within the police force.

He tried to sue to get his job back but relented, and renounced his claim to the post in June 2018. Pichet remains under contract with the city, however. And Mayor Valerie Plante kept him on the force as chief inspector.

Martin St-Laurent, mayor of Fermont, said Pichet's knowledge about handling complex files impressed the hiring committee. Pichet was chosen among 18 candidates who applied for the job, the mayor said in an interview Friday.

"I think he wanted to have the possibility to live something new," St-Laurent said, regarding Pichet's motivations for moving to the one of the coldest and northernmost towns in the province.

Attempts to reach Pichet for an interview were unsuccessful.

Fermont's climate is so harsh and unfriendly its downtown core is essentially a giant wall. The 1.3-kilometre structure, known as the "screen wall," extends around the urban centre and protects it from the winds of the north. The wall is unique in North America and was modelled after a similar design from the Swedish mining town, Svappavaara.

"There are plenty of outdoor activities here," St-Laurent said. "We have all the services. Fermont is pretty developed. Pretty modern."

But it's cold. "Last year the first snowfall came in late September and didn't melt until the spring," he said.

One of Pichet's major files in his new role as director general will be to manage the expansion of one of Fermont's two mining companies, which provide the main economic base to the town of roughly 3,000 people.

Pichet had a rough go as Montreal's police chief. Appointed to the role by former mayor Denis Coderre in 2015, Pichet inherited a police force with warring clans and a highly dysfunctional culture.

The scandal that led to his ouster began when two ex-police officers went public claiming they were forced out of their jobs after trying to blow the whistle on corruption inside the force.

Ex-officers Jimmy Cacchione and Giovanni Di Feo alleged members of the police's internal affairs department embellished or fabricated evidence against lower-ranking officers who tried to report wrongdoing or who fell out of favour.

His November 2017 report concluded the internal investigations unit -- tasked with probing complaints against police from the public and from within the force -- protected certain officers while targeting others.

Some cases were hidden from prosecutors to avoid criminal investigations, other cases were opened against officers, seemingly without any reason, he said. Investigations were alleged to have been launched "on suspicions that were not justified, or worse, for oblique reasons or biases tied to vengeance," Bouchard wrote.

Pichet is being loaned to Fermont by the city of Montreal, who will continue paying his salary, said Mayor St-Laurent. Fermont will send Montreal the equivalent of what the town would pay its top manager -- $132,000 plus an extra 12 per cent, as Pichet is not participating in Fermont's pension fund.