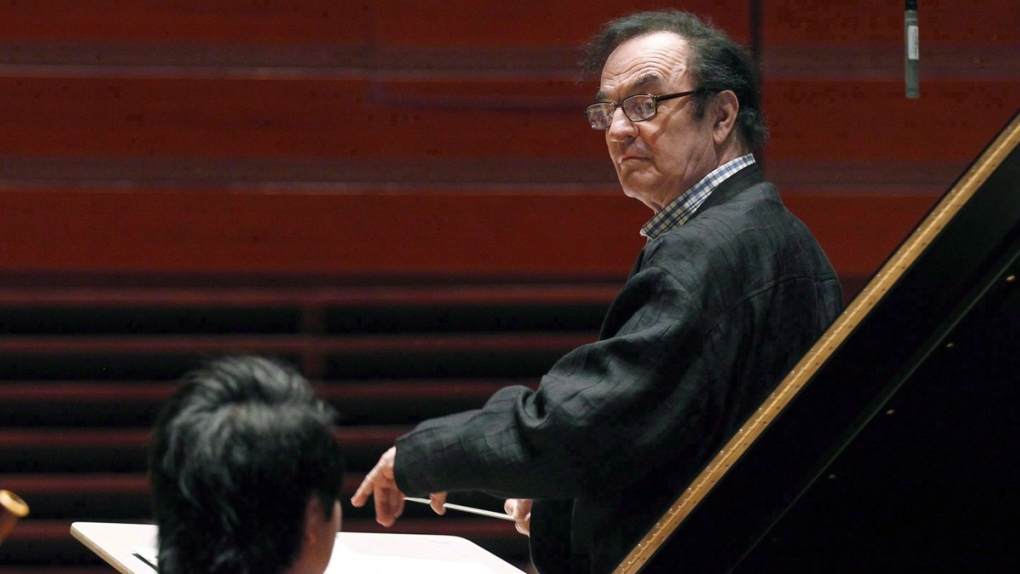 In 2017, Charles Dutoit was accused of sexual misconduct by several female musicians in multiple orchestras that Dutoit conducted, including the MSO.

MONTREAL -- Former Montreal Symphony Orchestra conductor Charles Dutoit, who has been the subject of allegations of sexual misconduct from members of several orchestras he led for years, cannot be removed from the Order of Montreal - because he was never in it, the city says.

Following published reports of the allegations against Dutoit, the Guilde des musiciens et musiciennes du Quebec had requested that the Conseil consultative de l'Ordre de Montreal - which admits members to the honorary Order of Montreal - remove Dutoit from the Order.

However, in a statement issued Tuesday afternoon, the office of the Mayor of Montreal said the investigation into Dutoit's standing in the order has been stopped, as it had been determined that he is not formally a member of the Order.

Dutoit was among the Montrealers who had previously been honoured by a Montreal Chamber of Commerce-issued distinction called "Grand Montrealais" and was invited, along with others who had received that honour, to obtain the newer Order of Montreal when it was introduced in 2016.

However, Dutoit has never officially accepted his Order of Montreal insignia, and when contacted, he formally advised the city that he was not interested in receiving the honour, the city said in its statement.

As a result, the investigation into the musicians' request that Dutoit be stripped of his Order of Montreal status has been dropped because it is moot, the city says, adding that neither it nor the Order of Montreal council would issue any further comment on the matter.

In 2017, Dutoit was accused of sexual misconduct by several female musicians in multiple orchestras that Dutoit conducted, including the MSO.