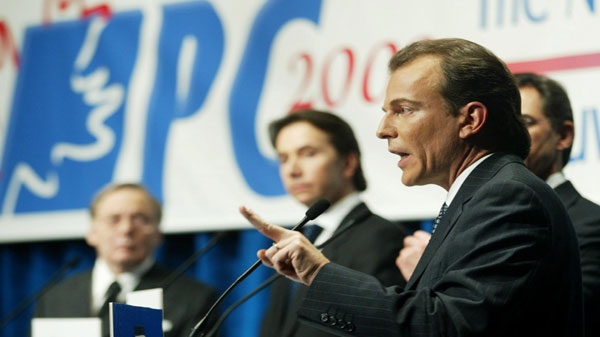 MONTREAL - A former Progressive Conservative MP who opposed the Clarity Act and once described Stephen Harper as having "the charisma of a picnic table" will become the prime minister's new adviser on Quebec politics.

Andre Bachand, who has been Canada's UNESCO ambassador since 2009, has been hired to help Harper deal with a province that continues to challenge Tory strategists.

The move comes following heavy criticism in Quebec about another recent staff appointment in the Prime Minister's Office.

Last week's announcement that ex-journalist Angelo Persichilli would be Harper's new communications director sparked controversy when it was revealed he doesn't speak French.

His newspaper columns were also derided by some critics as being "anti-francophone."

A senior official in the PMO said Bachand's hiring had been "in the works for some time" and was unrelated to the controversy.

Persichilli's predecessor, Dimitri Soudas, had doubled as Harper's Quebec adviser. By creating a separate position for Bachand, the Tories are hoping to boost their fortunes in the province following last May's electoral meltdown.

There are now only five Conservative MPs from Quebec, four of whom have cabinet portfolios.

"He's someone whose voice carries in Quebec, who matters in Quebec and has stature in Quebec," the PMO official, who requested anonymity, said of Bachand.

"He is someone who has been elected for 18 years at various levels in Quebec, so he has a wealth of experience to draw from."

But in Bachand, the PMO also gets someone who has publicly disagreed with Harper in the past.

Bachand entered federal politics in 1997 as an MP for the Progressive Conservatives, then under Jean Charest's leadership.

When the old Tories merged with the Canadian Alliance in 2003 to become the Conservative Party of Canada, Bachand preferred to sit as a self-styled "independent Progressive Conservative."

So ill-at-ease was Bachand with Harper's policies that he compared the prime minister's personality to a picnic table -- unfavourably -- in a 2004 interview with Montreal La Presse.

"I am not a man of the right, Quebec is not a province that is to the right and I don't think the country is a country of the right," he said at the time.

Bachand recanted his views about Harper ahead of the 2008 federal election, in which he ran unsuccessfully as a Conservative candidate in eastern Quebec.

"He didn't see eye-to-eye with the prime minister when the two parties merged -- he was quite vocal about that disagreement," the PMO source said.

"But he has since come to see that the prime minister is someone who keeps his word, certainly when it comes to Quebec."

Bachand's office in Paris said he would address the media "when he returns to Canada in a few weeks."

Unlike Persichilli, Bachand's baggage from careers past is in line with political attitudes in Quebec.

As an MP, he was adamantly opposed to the Clarity Act, the bill outlining the conditions for future referendums on independence.

Holding to the Progressive Conservative party line at the time, he pledged to repeal the act were his party ever to find itself in power.

"We will send a message to everybody: this country does not need such legislation," he told the House of Commons in March 2000.

The act was roundly denounced in Quebec when it passed, was opposed by the Bloc Quebecois and remains unpopular even now.

Bachand's views are coloured by a career working closely with Quebec politicians at all three levels of government.

Indeed, Charest thought highly enough of Bachand to appoint him as the province's representative in Ottawa, a position he held from 2004-2008.

In many ways, Bachand's policy positions reflect the overlapping priorities between Quebec and Ottawa.

He has, for instance, attacked Ottawa's encroachment on provincial jurisdictions, an issue the Harper Conservatives have long held close to their hearts.

Bachand is also a supporter of Canada's asbestos industry, which is routinely blasted by health professionals and international activists for shipping the material to developing countries.

Asbestos has been linked to types of lung cancer and various other illnesses. The Tories are the only federal party that supports the industry.

Apparently unaware of the irony, Bachand told the House in 2002 that the town of Asbestos was "breathing a little easier" following a temporary reopening of its mine.

His support is unsurprising given he was the mayor of Asbestos from 1986-1997.