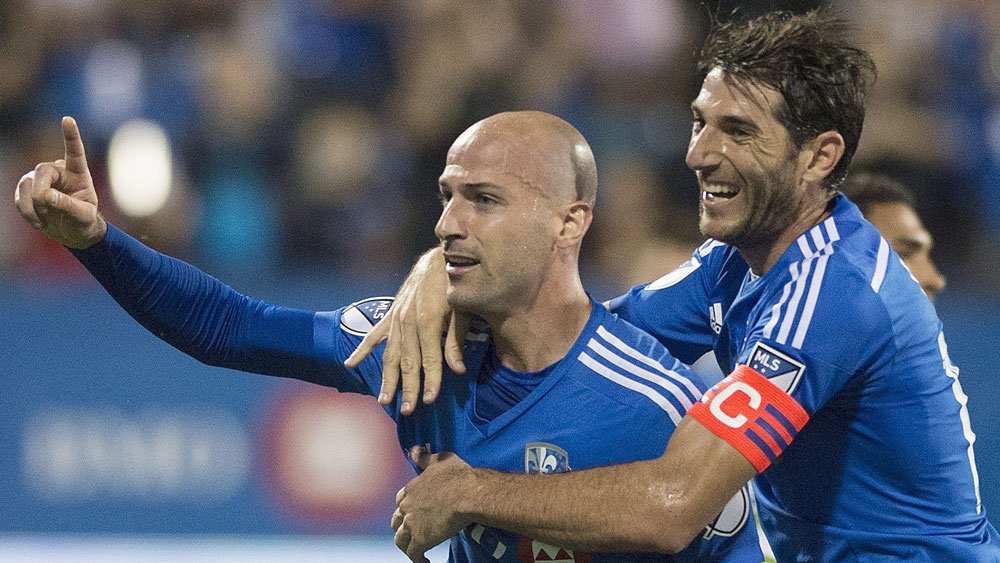 Toronto FC defender Laurent Ciman says while he has nothing but respect for his former team in Montreal as well as its fans, he wears red now.

"Now my club is Toronto," he said in French. "Everybody knows very well I give everything for the club."

And the Belgian international said while he understands the rivalry between the two Canadian clubs, playing Montreal will be a match like every other for him.

Ciman, 33, joined the Impact from Belgian club Standard Liege in 2015 because Montreal offered better treatment than he could get at home for his daughter Nina who has autism spectrum disorder.

He played three seasons for the Impact, winning MLS Defender of the Year honours in 2015 and quickly became a fan favourite. The Saputo Stadium crowd dubbed him 'The General.'

Ciman bought a house in the city and was disappointed when he was traded to expansion Los Angeles FC in December 2017 after 85 regular-season games with the Impact.

"I discovered Montreal, a magnificent city," Ciman wrote in a farewell posting in French to Impact fans. "I fell in love with its streets, its smell, its people, its history. For my family, Montreal was a complete stranger. Today, Montreal is part of my family."

Ciman said he decided to return to MLS and Canada after things did not work out in France. He declined to say what happened, other than it was a private family matter.

Ciman has been brought in to bolster a Toronto defence that gave up a franchise-worst 64 goals in 2018.

"Last year you had too many injuries," he said in English. "It's difficult for the team. This year is a new year and the team is ready."

Toronto coach Greg Vanney prizes Ciman for his ability to move the ball out of defence.