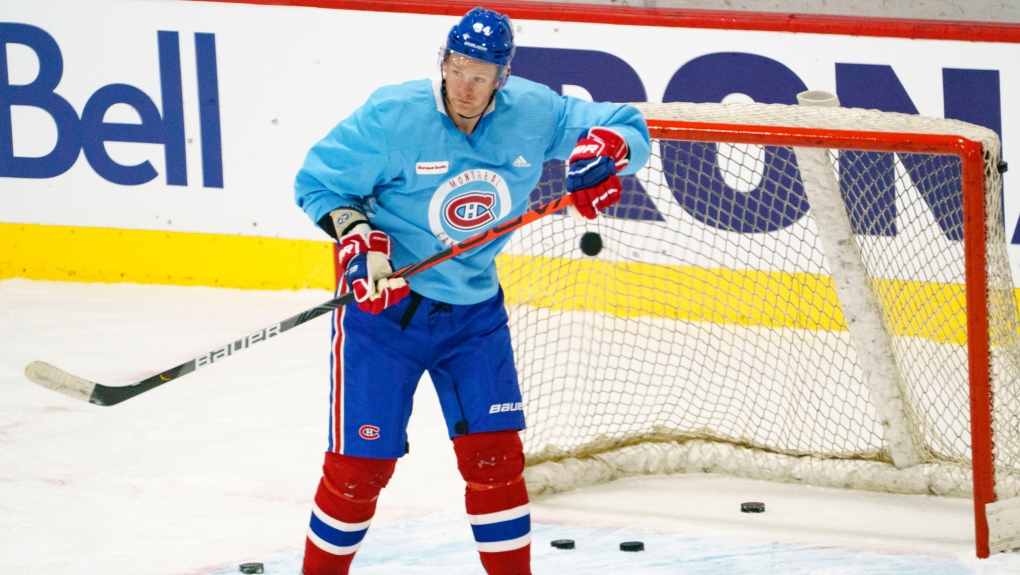 Montreal Canadiens' Corey Perry deflects pucks into the net during a practice in Brossard, Que. on Tuesday, January 5, 2021. THE CANADIAN PRESS/Paul Chiasson

VANCOUVER -- The Canadiens announced that forward Corey Perry has been recalled from the reserve squad and everything points to the veteran making his debut for Montreal on Saturday night against the Vancouver Canucks.

Perry is expected to play to the right of Tyler Toffoli and Jesperi Kotkaniemi.

Since the Habs (3-0-2) did not recall another player from the reserve group, it means that Paul Byron will be able to play despite a foot injury or that defender Victor Mete will be inserted as a seventh defender if Byron is unable to play.

Byron was hit by a shot from his teammate Shea Weber in the third period on Thursday in the Habs 7-3 victory over the Canucks (2-4-0).

Perry will replace Joel Armia, who suffered a concussion in the same game. Armia was shaken when checked by defenceman Tyler Myers late in the third period.

Myers, who was ejected from the game for his action, did not receive further sanctions from the NHL player safety department.

Perry, 35, helped the Dallas Stars reach the Stanley Cup final last summer. He also won a Stanley Cup in 2007 with the Anaheim Ducks.

The Canadiens and tCanucks will duel for a third time in four days on Saturday. The Canucks won the first game 6-5 in a shootout on Wednesday, and the Canadiens retaliated Thursday with a 7-3 victory.

The Habs will return to Montreal on Sunday, and play their first home game of the campaign on Thursday against the Calgary Flames.