For first time in pandemic, Nunavik on red alert with COVID-19 cases soaring 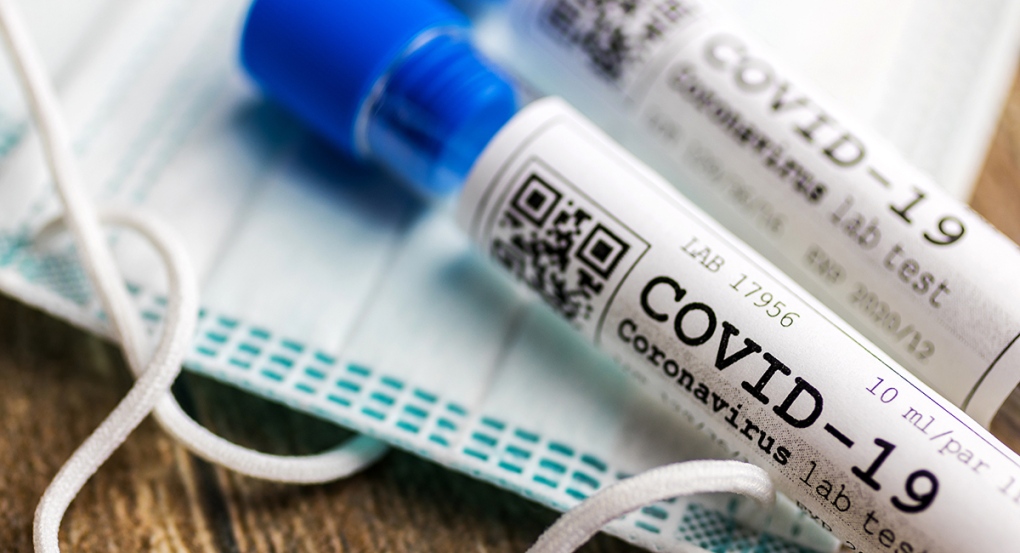 MONTREAL -- COVID-19 cases have been dropping overall in Quebec, but in one place, they’re soaring—the northern region of Nunavik, whose rate of infection is more than seven times higher than any other part of Quebec.

The rate jumped significantly from Sunday to Monday, when the region more than doubled its tally of active infections.

Even last week, however, the region was in crisis, with full lockdowns in some towns and people banned from traveling in or out.

“The risk is now the highest it has ever been,” the health authority wrote on Oct. 20.

“There is a risk of catching COVID-19 everywhere in Nunavik.”

The situation is also at a turning point, with widespread community transmission only beginning in the last week.

“Up to now, the individuals who tested positive were travellers,” said Nunavik health spokesperson Kathleen Poulin on Friday morning.

“Those were quickly identified by the entry protocol, and risk was managed.

“However, some of the cases we [currently] have are not linked to travel or a traveller and the source remains unknown, which leads us to think that there is community transmission within the region.”

These numbers are a big change from most of the rest of the pandemic, when Nunavik has had relatively low rates overall.

However, the region’s vaccination rates have lagged far behind the rest of the province, creating a major risk there as the highly contagious Delta variant began to spread.

As of late August, only 44 per cent of the eligible population in Nunavik had been fully vaccinated, only about half of what the rest of Quebec had attained at that point, according to the Nunatsiaq News.

The health board has not yet responded to a request for an update on the vaccination rate or how the region is grappling with this week’s infection numbers.

MULTIPLE ENTRY POINTS FOR THE VIRUS

The biggest outbreaks were in Kangirsuk, with 38 active cases, Salluit, with 15, and Ivujivik, with 10.

By Monday, that total had grown to 145 cases, according to provincial data. Nunavik’s health board hasn’t yet posted an update to say where the new cases are located.

However, last week Poulin told CTV News that the infections came in from people traveling down south earlier in the month.

In several towns, everyone who travelled in October was urged to get tested. All airport employees in some towns were tested.

With a severe housing shortage in Nunavik, self-isolation isn’t easy.

According to Nunatsiaq News in September, a large number of people in the region are forced to share a single home with at least one other family.

As the virus has begun to circulate within the small communities, the health board has had to issue urgent warnings telling people there are no more “COVID houses” that had been used in the past to isolate the infected.

“Everyone making the decision to travel despite the situation have to be aware that there are no Covid-houses,” wrote the health authority on Sunday morning.

“Travellers are responsible for their own lodging if a plane overshoots a community or if instructed to isolate by the public health authorities.”

Some Nunavik residents are also stuck in southern Quebec while infected.

As of Sunday, there were nine active cases at Ullivik, the lodging for Nunavik travellers in Dorval which often houses people flying south for medical treatment.

Most towns in the region are now on “red alert,” a term not applied in months in the rest of Quebec.

Residents are under lockdown, with evening curfews and many other restrictions. In Kuujjuaq, the biggest town in the region, the public was banned from the airport as of Oct. 22, and all non-essential public places are closed.

Kuujjuaq, like other communities in Nunavik, is only reachable by air. People must now fill out a form requesting to travel so that authorities may decide if the trip is essential.

Late last week, the Nunavik health authority tried to reassure people on Facebook that despite isolation orders and the health situation, necessities will still arrive.

“No matter what, cargo flights continue to deliver essential goods to communities.

The population is reminded that hoarding items from stores is not necessary.”