Food recall: Some sweetened, dried cranberries sold in Quebec may be contaminated with E. coli 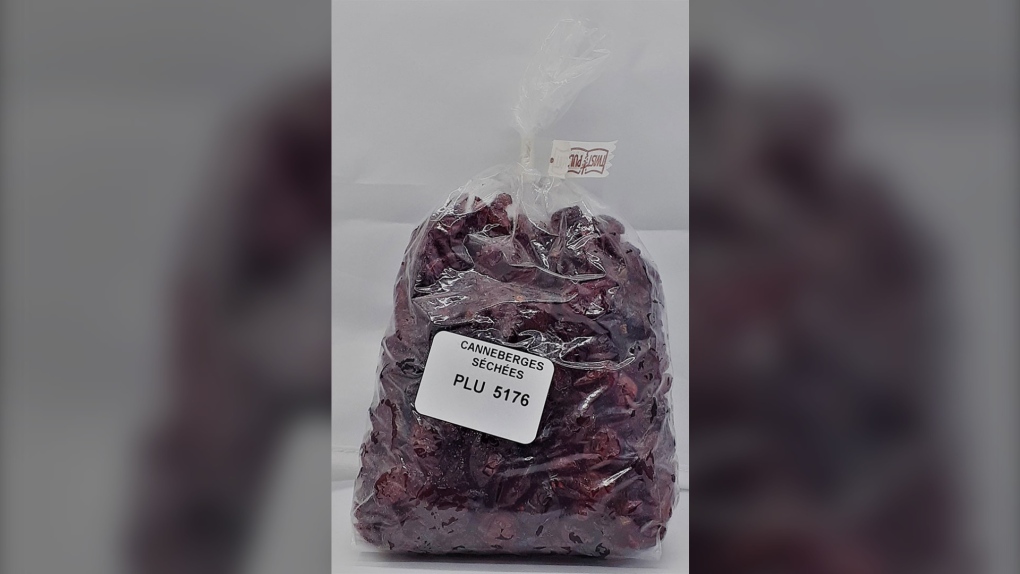 Some sweetened, dried cranberries sold by Les Aliments Johnvince in Quebec may be contaminated with E. coli

MONTREAL -- Some sweetened, dried cranberries sold in Quebec may be contaminated with E. coli and should not be consumed, the Canadian Food Inspection Agency announced Friday.

Les Aliments Johnvince, based in Boucherville on the South Shore of Montreal, is voluntarily recalling the berries, which were sold in plastic bags of about 300g each from May 28 to June 8.

The CFIA is advising people who may have purchased the berries in question to return them to the retail store where they purchased them, or simply throw them out.

No illnesses have been reported by people who may have consumed the possibly contaminated berries, the CFIA said in its recall notice.

Food that is contaminated with E.coli may not look or smell any different than uncontaminated food, the CFIA said, but it warns that people can still become ill if they consume it, and could suffer symptoms including nausea, vomiting, cramping and diarrhea.

In extreme cases, people may suffer seizures or strokes, or even die if they get severely ill.