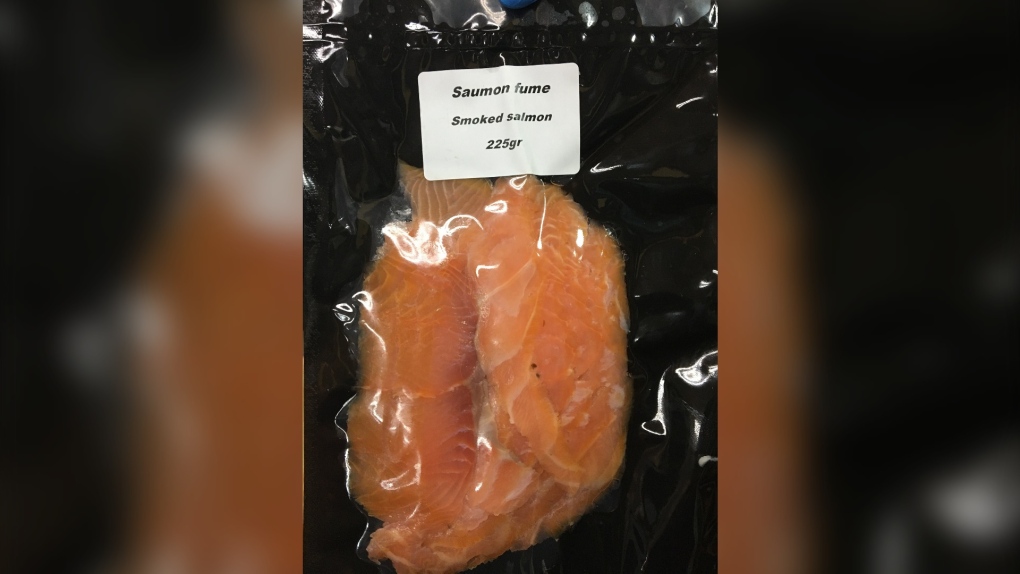 Refrigerated smoked salmon sold in 225-gram packages until June 25, 2020, by Lester's Deli on Bernard Ave. in Outremont is being recalled. (Photo: MAPAQ)

MONTREAL -- Some smoked salmon sold at a famed Montreal deli did not have the required "best before" label and should not be consumed, food safety authorities announced Friday.

The refrigerated product was sold in 225-gram packages until June 25, 2020, by Lester's Deli on Bernard Ave. in Outremont

It was packaged  in clear plastic wrap with a black background and had a label that read "Saumon fume – Smoked salmon – 225 gr." (See photo above).

Lester's Deli is voluntarily recalling the product, which food safety authorities say should not be eaten, even if it smells and looks fine.

The product should be returned to Lester's Deli or thrown out.