Five things to know about Habs vs. Sens, game 4

The Canadiens will be the first team to sweep a series in the 2015 postseason if they win. The Anaheim Ducks can become the second team to accomplish the feat if they can put away the Winnipeg Jets at home. 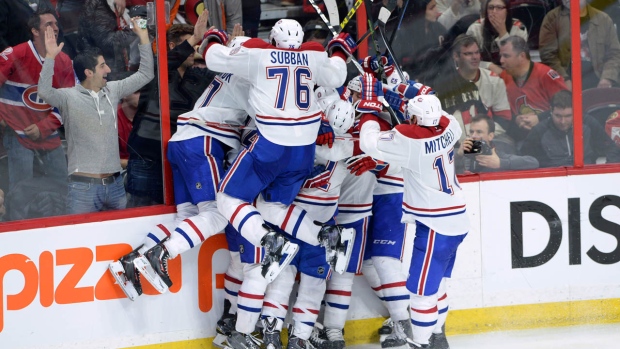 Greg Pateryn will play in place of Nathan Beaulieu, who sustained an upper body injury after Sens D Erik Karlsson levelled him with an open-ice hit Sunday night. 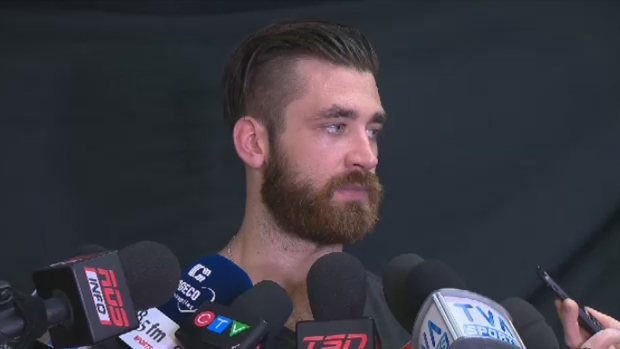 Greg Pateryn, impressive beard and all, speaks to reporters after practice Tuesday, April 21. He will take Nathan Beaulieu's place on the blue line in game four of the Habs-Sens series.

Sitting atop the Habs’ point totals so far this postseason are Torrey Mitchell, P.K. Subban and Brian Flynn with three points each. Brandon Prust and Dale Weise not far behind at two points apiece. The Habs will need their third and fourth liners to continue point production if they want to go deep. 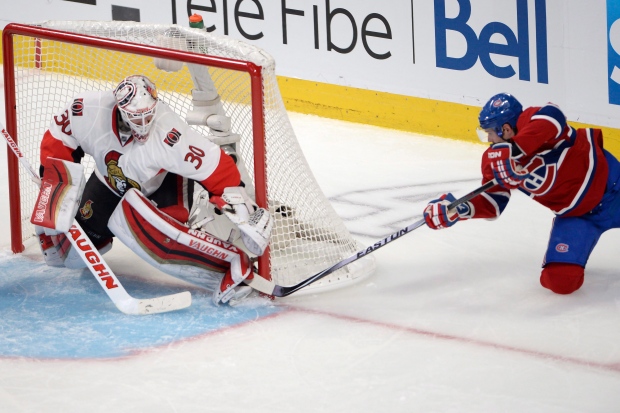 The Canadiens can expect another barrage of hits from the Sens tonight. The Habs' challenge going forward is to avoid being menaced by the fear of pain, writes Brian Wilde on his blog. 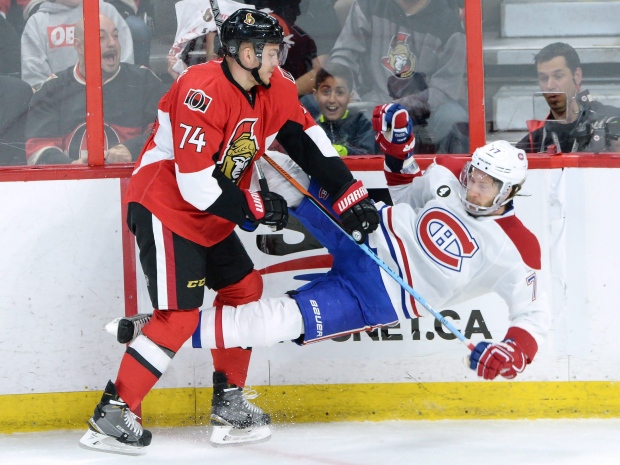 The Habs have taken a 3-0 series lead 35 times in franchise history, and have gone on to win every one of those series. Only four NHL teams have ever come back from a three-game deficit. 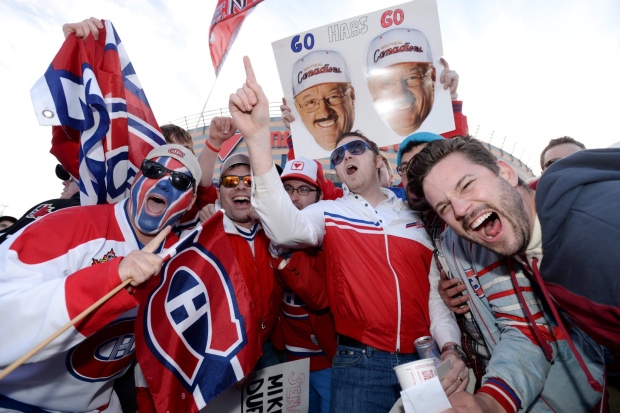 Montreal Canadiens fans cheer on their team ahead of game 3 of first round Stanley Cup NHL playoff hockey between the Ottawa Senators and the Montreal Canadiens in Ottawa on Sunday, April 19, 2015. THE CANADIAN PRESS/Sean Kilpatrick

For all our Habs coverage, visit the Habs Hub. For more Brian Wilde blogs, head over to the Call of the Wilde page.