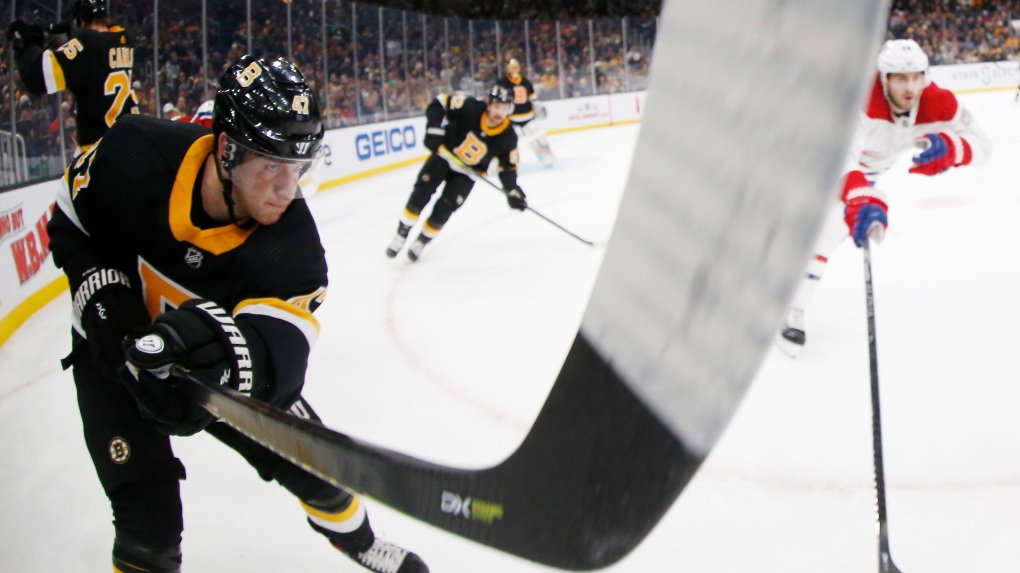 Boston Bruins defenseman Torey Krug clears the puck up the boards during the first period of an NHL hockey game against the Montreal Canadiens, Sunday, Dec. 1, 2019, in Boston. (AP Photo/Winslow Townson)

BOSTON -- Though few Montreal Canadiens fans will want to remember Sunday's game against the Boston Bruins, there were some positive points from the season-worst eighth straight loss.

Here are the five highlights of the game between the Boston Bruins and the Montreal Canadiens on Sunday night at TD Garden.

Joel Armia has had a good time recently and he continued his momentum in the second minute against the Bruins. Armia took the puck from defender Zdeno Chara and returned to the net before shooting a backhand shot. The shot deflected off defender Charlie McAvoy's skate and changed course to beat goalkeeper Tuukka Rask. The Habs sniper scored a goal in a third straight game. 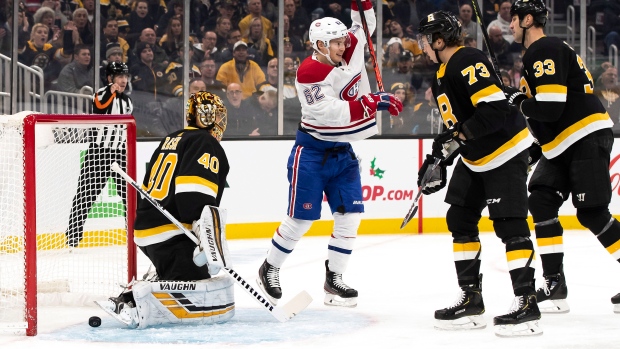 The Canadian finished the second period with a 1-0 lead, but it could have been worse. Defenseman Matt Grzelcyk manoeuvred with the puck into enemy territory and fired a wrist shot that escaped Carey Price. Grzelcyk followed the play well and jumped on his rebound, but the puck slid along the red line without finding the back of the net. 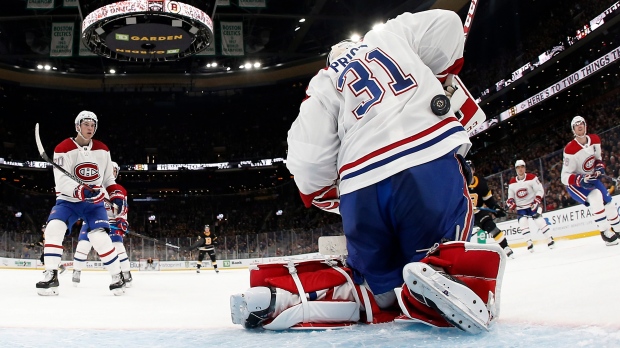 The thin line of a bleu-blanc-rouge goal to start the third frame did not seem to be enough against the NHL's second-best offence. Canadien forward Brendan Gallagher tried to help his team's cause by escaping to find space alone in front of goalkeeper Tuukka Rask. Gallagher, out of breath, snapped a good shot, but Rask robbed no. 11 to keep the Bruins in the game. Bruins forward David Pastrnak had a hat-trick against the Canadiens on Tuesday night at the Bell Centre and once again found a way to not be silenced on Sunday. The Czech slipped behind defender Gustav Olofsson and moved into the Habs area and snapped a shot that was as powerful as it was precise to get past Carey Price's vigilance and score his 25th goal of the NHL season. 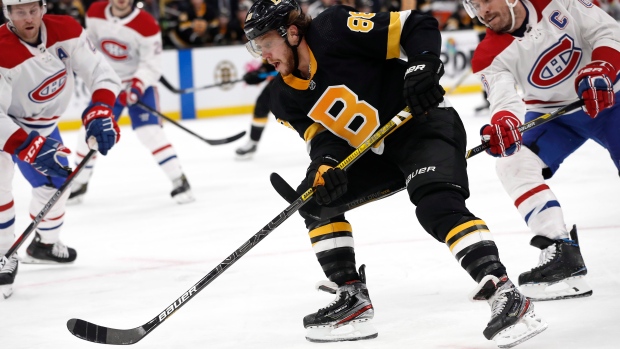 At 1-1, everything was still on the table for the Canadiens, looking to end a seven-game losing streak. Forward Nick Cousins, however, was close to 200 feet from his net when he selected a Bruins defenseman to hold and served two minutes. It was all Boston needed. On the power play, David Backes moved into the slot and accepted David Krejci's pass before snapping the shot home. This was his first goal of the season.