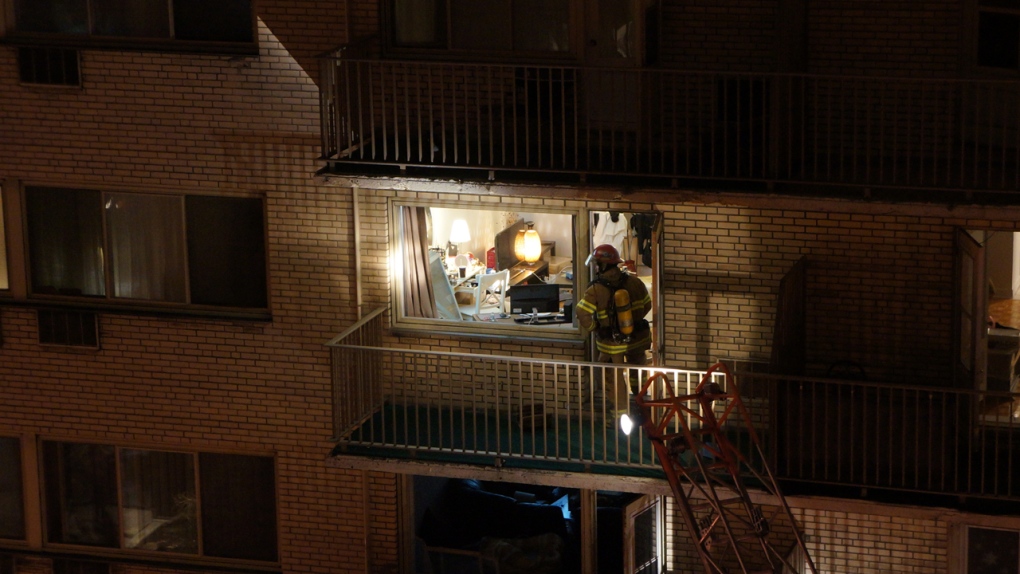 A firefighter inspects an apartment after a fire occurred one floor below on Dec. 3, 2013. (Photo: MyNews user Chimène Bejjani)

Five people were overcome by smoke when a fire broke out in a highrise in downtown Montreal.

The fire began around 10:45 p.m. Tuesday on St. Mathieu St., in a 4th floor apartment, sending clouds of smoke billowing outside.

There are reports the sprinkler system went off, dousing the flames and preventing the spread of the fire.

14 people had to evacuate the building because of the noxious smoke, and five needed medical treatment to deal with the fumes.

Most were able to return home without much delay.