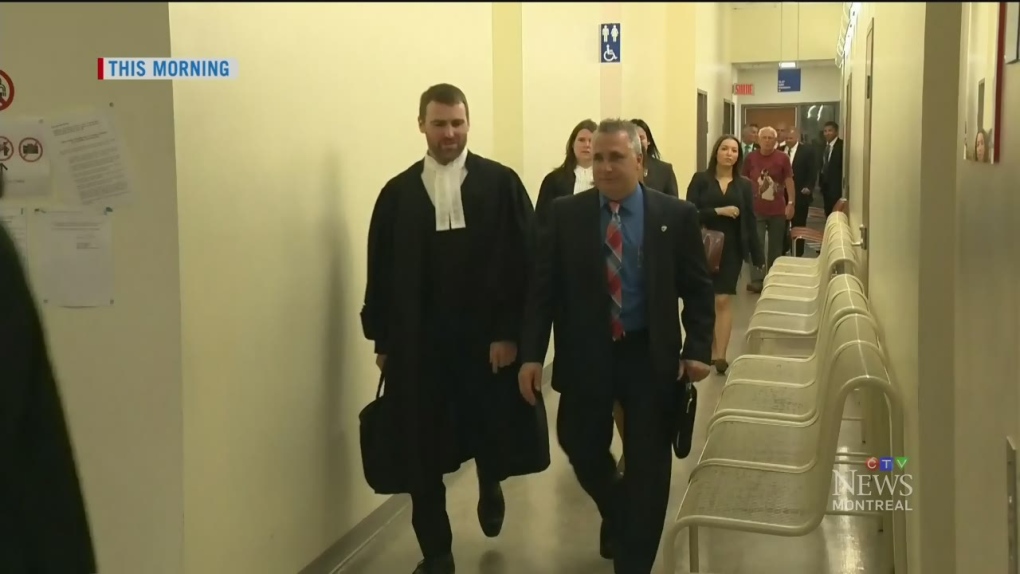 The murder and conspiracy trial for five members of the Hells Angels has come to an abrupt end.

Justice James Brunton agreed Friday morning with a defence lawyer request to cancel the trial because of assorted misdeeds by the Crown.

Defence lawyers said it was unacceptable that the Crown had been slow to divulge new evidence in the case, especially since the accused were first arrested years ago.

Claude Berger, Yvon Tanguay, Sylvain and Francois Vachon, and Michel Vallieres were all accused of murder and conspiracy.

Crown prosecutor Jean-Pascal Boucher said the five men could be released as early as today.

There was a sixth accused who was supposed to stand trial, but Christian Menard was released in August when the charges against him were dropped without any explanation.

The trials and court cases all began in April 2009 when 156 people, mostly members of the Hells Angels in Quebec, were arrested as part of Operation SharQc.

They were accused of killing or conspiring to kill their drug-dealing competition in the notorious biker war that lasted from 1994 until 2002.

The original idea was to have several megatrials in order to speed up proceedings and allow all of the accused to have a fair trial in court, but as the years wore on dozens of the accused decided to plead guilty instead.

More than 30 were released in 2011 when a judge ruled they had already spent too much time awaiting trial.

There are only two people who are still waiting for their court case to begin: Robert Bonomo and John Coates, who have chosen a trial in English.