MONTREAL -- Firefighters from the Laval fire department have been battling a major blaze at a two-storey apartment in the city's Pont-Viau area since just after 3 a.m. on Wednesday.

In its latest update, the department said no one appears to have been injured, but that officials hadn't yet completed their evacuation of the building on Berri St.

When they arrived, they were met with dense smoke that was mainly rising from the upper floor.

The blaze reached third alarm and there is still thick smoke in the area.

Firefighters also mentioned that cannabis plants were found on the upper floor of the building, but they appear to be legal, authorities said. 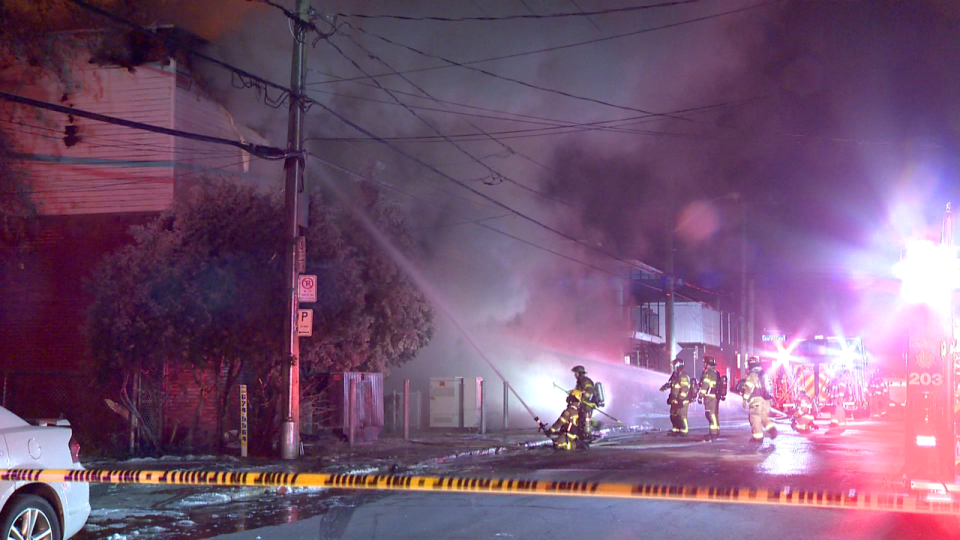 Laurentides Blvd. is closed between Levesque Blvd. and Tourangeau St., and people are being asked to avoid the sector.

Laval firefighters is on scene of an apartment fire on Berri street in Point-Viau. Heavy smoke and flames. Laurentide Blvd. is closed between Levesque and Tourangeau street. Please avoid area.@CTVMontreal pic.twitter.com/XjGHKDYEcl

Meanwhile, firefighters in St-Hyacinthe were busy putting out a major blaze in their city on Wednesday morning. 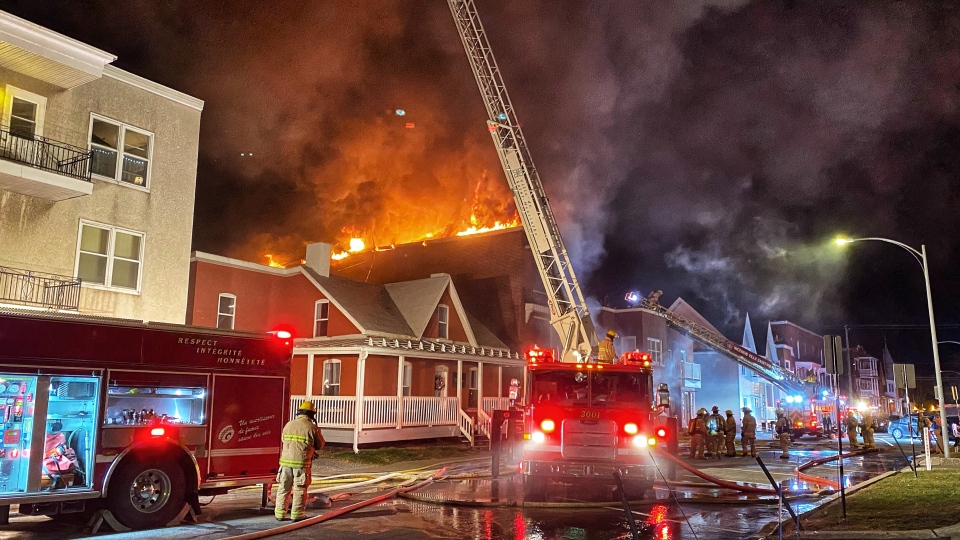 It broke out on Hotel de Ville Ave. near Sicotte St. and people are being asked to avoid the area.