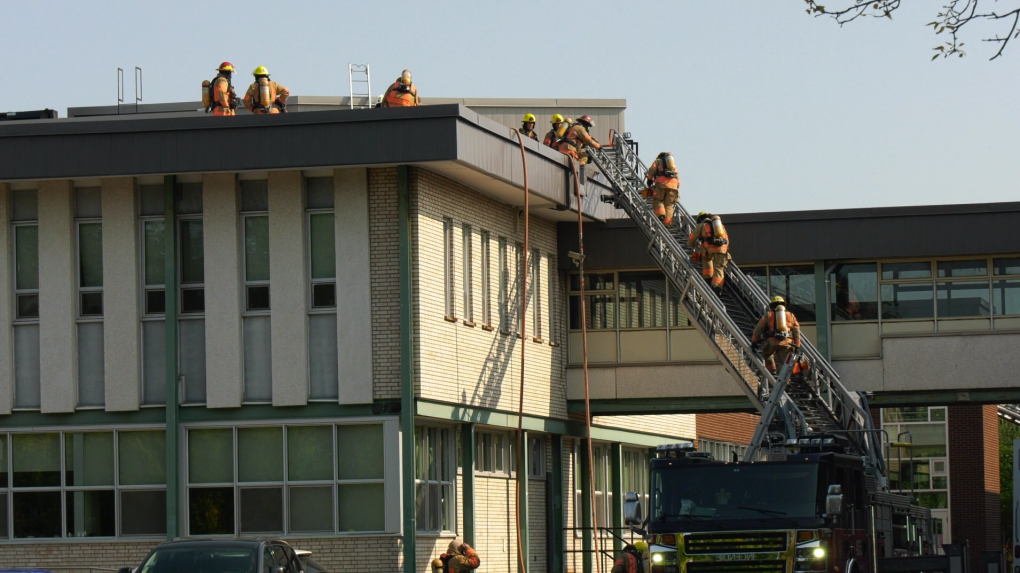 A fire forced the evacuation of Felix-Leclerc and St. Thomas High Schools in Pointe-Claire on Mon., Sept. 21, 2020.

MONTREAL -- A fire forced led to the evacuation of two Pointe-Claire schools on Monday afternoon.

According to firefighters, the fire began at 2 p.m. on the roof of the administration building between Felix-Leclerc and St. Thomas High Schools.

A spokesperson for the Lester B. Pearson School Board said 1,300 students and staff were evacuated from St. Thomas in accordance to fire drill procedures. The spokesperson said that as the fire happened close to the end of the school day, many students were able to leave by bus or head home.

As of 3:15 p.m., St. Thomas was still scheduled to re-open as usual on Tuesday morning.

Firefighters said there was construction work being done on the roof where the fire began.

Nobody was injured and the cause of the fire is not yet known.

Firefighters said the fire never rose above a one alarm classification and did not spread from the roof to other parts of the school.

Fire at school in Pointe-Claire pic.twitter.com/minAboDahB